Rise of the Storyteller-in-Chief

I want to tell you a story. It’s about a visit to a gun shop in the U.S. state of South Carolina when I was the BBC man in Washington DC. It was 2008, just after Barack Obama had been elected president. Bored with the election, we were doing a classic European piece about how easy it was for private citizens to buy very large weapons in the U.S.. The gun shop owner was very cooperative and we even got to try out a couple of assault rifles in the range at the back.

“You bet,” the owner replies. Then he adds: “Only, at the moment we can’t sell you any ammunition.”

“Because we have run out.”

In the aftermath of the Obama election, rural gun shops of South Carolina had run out of ammunition. While much of the nation celebrated what they regarded as a genuine mark of political progress, and much of the outside world looked on with admiration, many in rural parts of the southern U.S. were stocking up on ammo. They felt threatened. They felt unnerved. They felt excluded.

Stories work. They capture our attention. They draw together sometimes complicated sets of facts. When I tell that story it illustrates clearly, sharply, even memorably, the oddness of the time, the ambivalence of the U.S. and the hostility of much of rural America towards Obama, which was later borne out in voting patterns or polling data. But the gun shop says it all.

Our brains are wired to cope better with stories. Our neocortex deals specifically with numbers and facts, but the deeper limbic brain deals with emotions, the irrational, the behavioural, the non-linguistic. If you can capture the limbic brain with an emotional response, you are winning. And the limbic brain is captured by stories.

That is why the ‘Apple story’ or the ‘Google story’ is so compelling. It’s not about products, it’s about enablement (they suggest) of a better lifestyle, more freedom, and more joy. The buying of the products follows the buying of the story.

And that is why governments around the world are turning to storytelling, employing people whose task is to set all the messy, and often, dull stuff of policy formulation into a wider context — a context that we buy into with our limbic brain. As Natasha Grand, director of a U.K.-based, place-branding agency Institute for Identity (INSTID), puts it: “Think of places as personalities that use stories to connect them with the global audience.”

And what is being achieved? The New Zealand Story Group is convinced that stories can achieve deep penetration into the psyche. David Downs, their newly appointed CEO, tells me by email: “Unlike data-heavy news releases, or standard public relations, a well-crafted story will create an emotional connection. And we know that emotion is a multiplier in creating preference. It is a basic human activity — the telling of stories, right from our early ancestors, to our current film and TV culture.”

INSTID’s Grand goes further to say: “To catch the attention of talent or visitors, it is no longer enough to list country assets; rather, you need to tell how they contributed to the place’s personality and created a distinct way of life.”

The New Zealand team see their task of creating a brand for New Zealand as immediately recognisable as Apple’s as winning for their nation on the global stage, particularly when it comes to trade. Downs identifies what he calls a secondary benefit: “It helps to craft a sense of national identity and pride.”

Unlike data-heavy news releases, or standard public relations, a well-crafted story will create an emotional connection. And we know that emotion is a multiplier in creating preference. It is a basic human activity — the telling of stories, right from our early ancestors, to our current film and TV culture.

This is storytelling as a kind of psychological bringing together of communities. And for some storytellers, it is the entire focus.

In the U.S. city of Denver, they are less concerned about the outside world and more concerned with themselves, with the drive for cohesion and progress in their own city. Denver’s Chief Storyteller, former journalist Rowena Alegria, helps small groups of residents identify stories that they might want to share, sometimes on video, to inspire others and crucially, to improve policy making by the city authorities.

“Those without a seat at the table and historically missing from the narrative — ethnic and religious minorities, those living with disabilities, LGBTQ, etc — are the ones most detrimentally affected by uninformed policy, assumptions and stereotypes, and yet, too often, they remain the last to be considered or consulted about those decisions,” says Alegria.

This is not only useful but also cathartic for marginalised people. Alegria gives an example of a story told by relatives of Japanese-Americans who had been interned after the attack on Pearl Harbor brought the U.S. into World War II. “The Office of Storytelling interviewed several people from Denver’s Japanese-American community who were interned or whose families rebuilt their lives here,” she recounts. “After a screening of our film, the daughter of a survivor we included stood up and said, ‘our only family heirloom was an Army blanket from one of these camps — until this film’.”

As for the United Arab Emirates, their nuclear storyteller, Rashid Al Falahi talks of “building trust towards the mission”. That mission is the wider story of nuclear power: a building of confidence, of belief, even of pride.

Stories are Powerful but also Partial

Here is a problem, or a set of problems.

That story I tell about the gun shop in South Carolina? It’s true, but is it the whole story? I use it to illustrate how sealed off from progress some parts of the U.S. seemed to be, and why the Trump ascendency was already on the cards in 2008. You might equally suggest that these rural communities had been grievously ignored by presidents of both main parties and by storytellers from the media, like me. You might, in other words, have found very different stories that put them at the centre.

Stories are powerful but they are also partial. While the risks of harm are obvious in closed societies, there is risk of some interpretations of the truth being steamrollered even in more open societies. The United Arab Emirates might want to persuade us that its newly-opened nuclear plant is safe and effective (and it might be), but many other nations in the region view it with suspicion, if not hostility — and that is part of what any impartial person would regard as ‘the real story’.

We are also, in the age of populism, wary of appeals to the inner part of our brain that deals with emotion rather than rational thought. Where does it lead us, politically and socially? When I interview people for the BBC, I am happy to be told a story but I want some rational, objective facts to be included.

The Art of Telling Stories Convincingly

Having said that, perhaps part of our current malaise is our inability to tell the story of democracy and freedom more convincingly. Here’s a story to illustrate: when my son was very young, I took him to New York. We rode on a bus. The driver, my son informed me, is black. I was surprised, Sam had never noticed anyone’s colour before. “Why does that matter,” I asked.

“Because of Rosa Parks,” he replied. “She got black people the right to drive buses.”

I realised that Sam had misunderstood the story of Rosa Parks, who bravely sat in the whites-only section of the bus and became an American civil rights hero. He thought she had campaigned and won the right (which he regarded as considerable) to actually drive the vehicle.

I realised, too, that all Sam had wanted it to be, was for it to be a positive story. Civil rights education in the U.S. often mentions (quite rightly) the horrors of the past and the iniquities of the present, but seldom celebrates the wonders: the benefits to be derived from moderation, the rule of law, and the acceptance of the results of democratic elections.

What do those who tell the stories have to say to those in government who might be considering the use of this artform, this tool as old as the hills but newly-fashionable in some corners of the globe? Downs in New Zealand offers this assessment: “It’s an inexact science and we don’t know the counter-factual, or how much of the perception shifts can be attributed to our efforts alone — but there is enough belief in the core theory, and in the data we do have, to give us confidence that we are making an impact.”

So bring on the chief storytellers in governments around the world. Let us always interrogate those stories and challenge them. Let us not treat what they say as the whole story. But let us accept that stories matter to all of us.

A blank sheet of paper. A pen or a cursor hovering. And the ability to persuade, for better or for worse. It’s a big responsibility. Let us hope then, that those with the best motives tell the better stories. 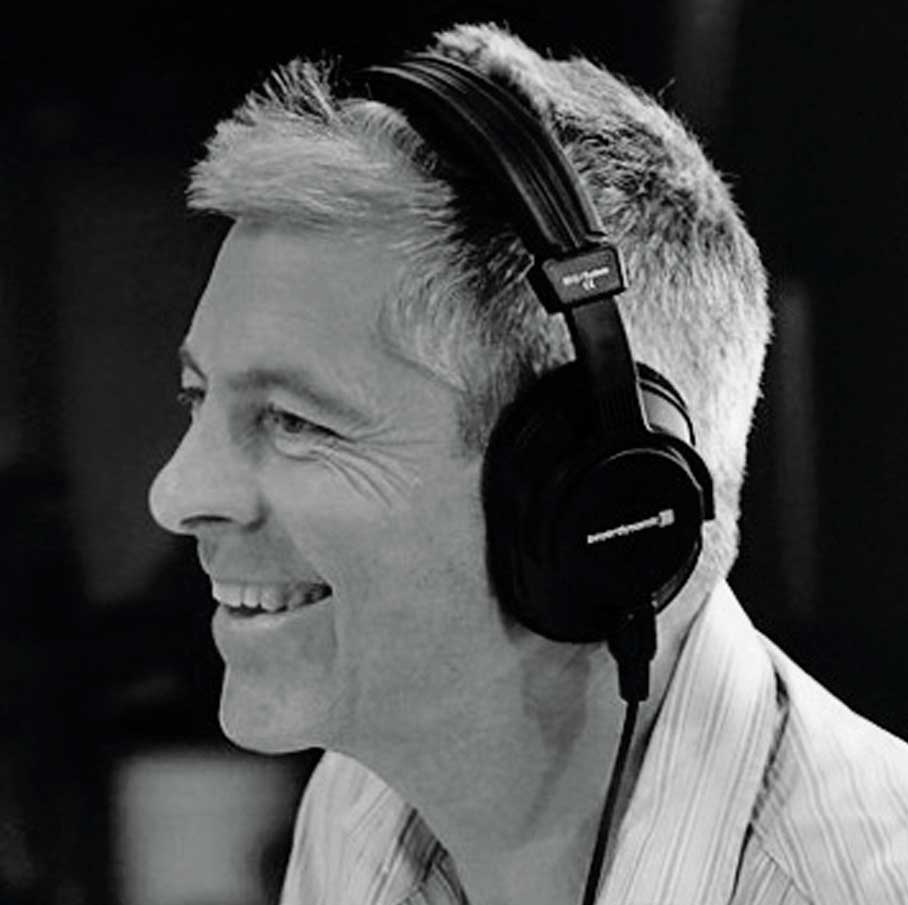 Justin Webb presents the Today Programme, the flagship of the BBC’s news output. He was the BBC North America Editor for a decade, and before that, was based in Brussels. He was for many years a roving correspondent, covering events around the entire globe. He was educated at the London School of Economics. He lives with his family in London. 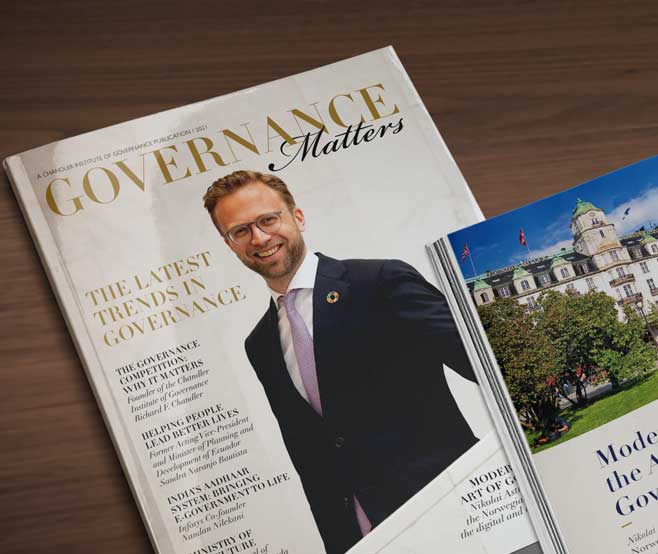 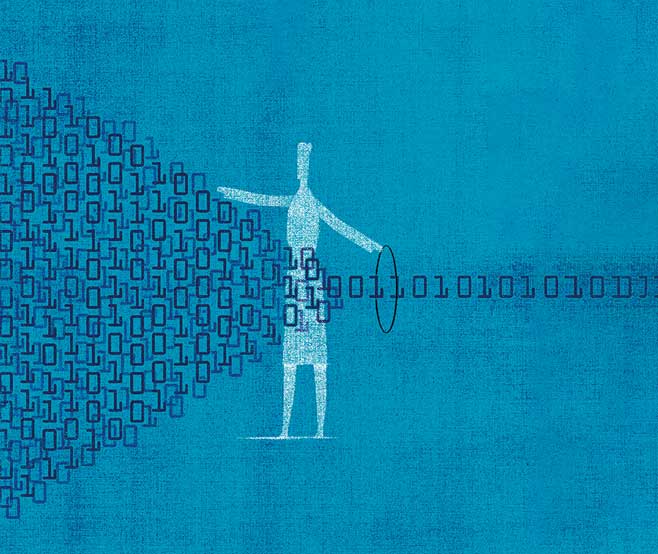 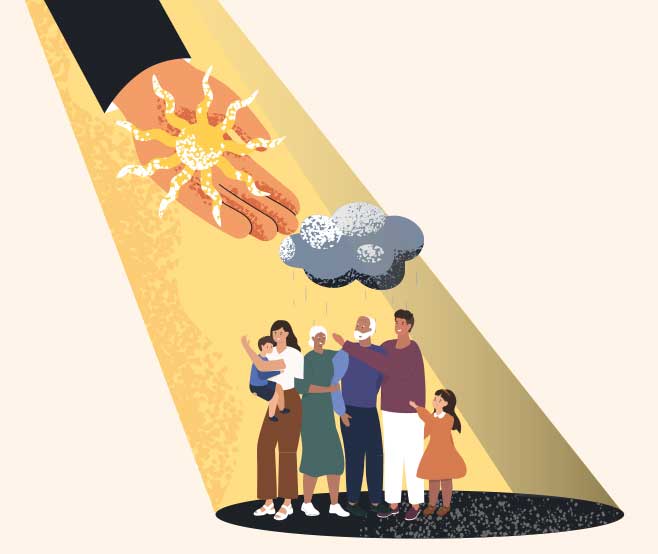 Former acting Vice-President and Minister of Planning and Development of Ecuador Sandra Naranjo Bautista shares lessons from her time in office.
View More