In-skilling Our Way to a Digital Government

Aaron Maniam, Deputy Secretary at the Ministry of Communications and Information in Singapore, turns the idea of outsourcing on its head and reimagines the opposite to be effective in technological development.

Outsourcing is a well-known approach in both the private and public sector when seeking expertise, especially for projects where such skills are either not needed in-house for day-to-day operations, or are beyond in-house capabilities. Yet it may not always be such a good thing argues Aaron Maniam, Deputy Secretary at the Ministry of Communications and Information, which is to say that governments may need to build certain skills in-house. He calls it “in-skilling” and explains this neologism.

Aaron Maniam: I came up with the term in-skilling as a contrast to outsourcing. It applies to any sort of internal capability building that government does. Obviously this goes on all the time in government. We have trained teachers and systems rather than outsourcing education to the private sector; we have doctors and nurses who are within the government healthcare system.

I apply this concept to the technology world where it is extremely tempting for governments to outsource things because they do not have the expertise of a Google or a Facebook. This is a big mistake; governments cannot simply give up and assume that everything can be outsourced uncritically. They need to work with the private sector from a position of strength, from being properly informed about the technology and what it is able to do.

Governance Matters: Which governments did your research focus on? And what lessons can be drawn about the challenges of outsourcing technological development?

My research focused on Singapore, New Zealand, and Estonia. I found that if governments only outsourced and left their vendors to do most of the work on their own, this is a recipe for problems. That is certainly what happened with the Estonian social sector payments agency and the education payroll digitalisation process in New Zealand. Governments without the right internal skills struggle to monitor such programmes and their vendors rigorously.

The place for governments to start improving is by asking more, and better, questions at the start of a digitalisation project. They should really dig into the fundamentals. Is this project right to outsource? Is it mission critical? How specific is it to my agency? What will success look like and how can we measure it? If they do go ahead with the project, then starting with these questions means they are well placed for the rest of the process.

Governments also need to recruit better. Sometimes what happens is that civil servants do not even know what they are asking for, and there is huge temptation for the private sector to take advantage of this ignorance. You do not need massive teams of specialists, maybe five or 10 people would suffice, but you do need some internal skills.

What are the sorts of skills that those teams would need?

The governments I studied all focused on three sets of skills. The first is technical skills — coders, programmers, engineers at the system level. The second set of skills related to digital leadership. You need people who may not have a deep understanding of the technology but understand it enough to be able to connect the current and future forms of the technology. Third, you need people who can pursue what we might call technologically informed contract management. If you have a contract to buy a chair or a table or even a laptop, the specifications are very clear. In contrast, broad digital transformation is not purely technical, but shifting and dynamic. You need people who understand that and can manage it.

Were there any particular initiatives or steps that you have seen successful governments use to pursue in-skilling?

The differences are very interesting. In Singapore, we often say that our only natural resource is our people and so there is a heavy focus on developing human capital. This very much played out in the digital sphere as well: public-sector scholarships and on-the-job training are being given out through public sector leadership programmes and the Administrative Service. Singapore has done a good job of integrating tech skills across different public sector domains, not just building up pure expertise.

New Zealand, by contrast, was one of the earliest countries to undertake what scholars call “New Public Management”, which was all about bringing private sector principles and private sector practices into government. You can see that now. They have made a lot of long-term hires from the private sector and they are pursuing legislative reform to emphasise more internal capability building.

In Estonia, you see a different approach to the in-skilling challenge. They have a strong engineering capability, partly as a legacy of the Soviet space and scientific research efforts. They had a lot of internal capabilities already that they could re-orient towards the digital sphere.

So the first lesson for governments looking to promote in-skilling is that you need to work out how it best fits into the prevailing public administration system and its culture.

Generally looking at in-skilling, is there a step-by-step system that governments can follow if they know that they have to in-skill a particular set of capabilities?

This is something I have been thinking about a lot recently. The first step is that countries need to understand what is unique about their public administration system and its culture. Once you do that, you can work out what steps will be coherent with the rest of the system. There is no point trying to transplant a Singapore strategy into a New Zealand government department.

The second thing is to consider what skills are actually needed. You might find you have more in-house capability than you realise. In the digital space, you may have a lot of people with transferrable skills working in scientific agencies or with the military. Once you know your baseline of capabilities, you can start to think about filling the gaps.

I’m actually a big fan of not having governments do everything. If you do that, you end up reinventing the wheel. If you want to create a bot, for instance, for a government website, do you really need to do everything on your own? Are the skills that specific? I don’t think so. The same holds true for other areas of government.

Citizen engagement is becoming more and more important, and the idea that governments need to do everything is breaking down. Developing the discernment of what to do, and what not to do, stems from having the right skills and expertise to do the work. That is why in-skilling is so crucial. - Aaron Maniam

How can countries with limited resources choose to prioritise what and when to in-skill, especially with budgets tight as a consequence of COVID-19?

There are lots of lessons, but one I would highlight is that it is important even if you are outsourcing to use that as an opportunity for in-skilling. If developing countries are outsourcing projects, then they should make sure that they also bring their own people to the project. If you outsource intelligently, your own staff will learn and acquire insights from the process such that the next time they are better able to do it themselves. This applies to any process, not just digitalisation.

When I was building up futures and foresight capabilities within the Singapore Government and other agencies came to me with projects, I used to insist that for every staff member I provided, they provided two. Without that, they would never have learned and would have relied on our team forever.

What should the civil servant of the future look like? And what critical skills and qualities should they possess to tackle the challenges ahead?

First of all, I think the values that drive public service will remain unchanged. Integrity, incorruptibility, impartiality, commitment to excellent standards, and the desire to support our political leadership are all values that will continue to be essential to any well-functioning system.

There are a few qualities that will become more important, such as the ability to have anticipatory insight and to think about the long-term. The future civil servant will need to be agile, as well. Facing complex problems, it is important to iterate, to be able to course correct, and not to get stuck in modes of working that are outdated or too formal.

I also think governments’ ability to discern when to lead, when to play a supporting role, and when to leave communities to create their own solutions will play more of a part. Citizen engagement is becoming more and more important, and the idea that governments need to do everything is breaking down. Developing that discernment of what to do, and what not to do, stems from having the right skills and expertise to do the work. That is why in-skilling is so crucial. 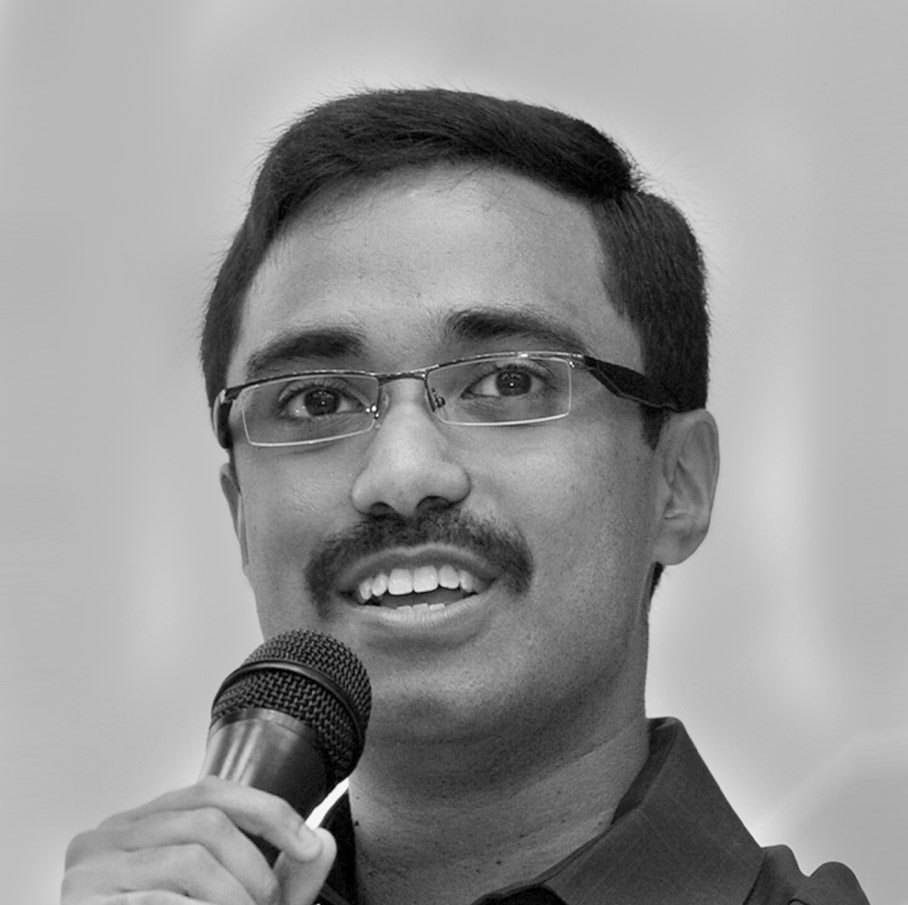 Aaron Maniam, Deputy Secretary (Industry and International) at the Singapore Ministry of Communications and Information, oversees digital economics, digital literacy and access, and digital diplomacy. A career civil servant, he previously served in the Ministry of Foreign Affairs, Centre for Strategic Futures, Civil Service College, and Ministry of Trade and Industry. He is a World Economic Forum Young Global Leader and an Asia 21 Young Leader of the Asia Society. 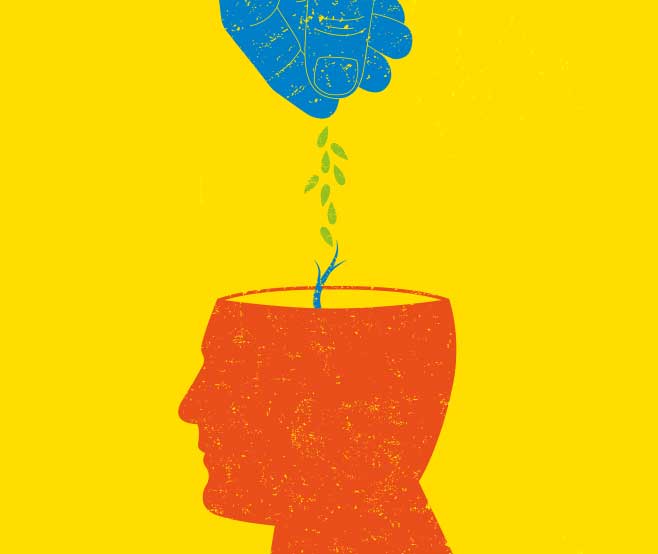 The New Art of Persuasion

The BBC’s Justin Webb writes about the new ways governments are connecting with the people. 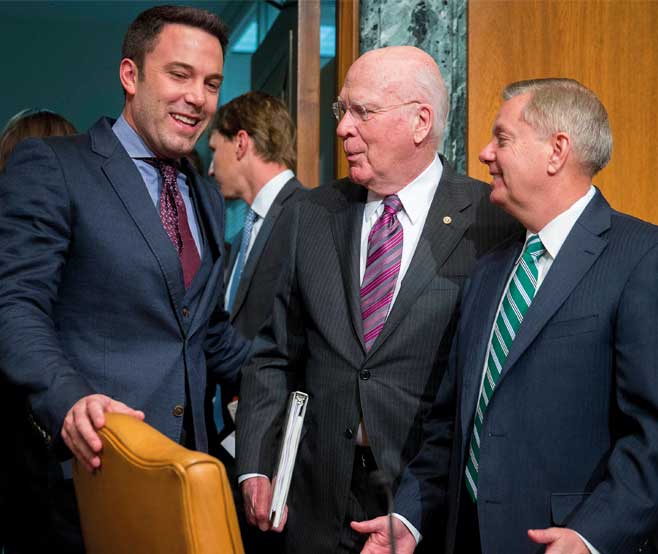 Professor Natasha Lindstaedt on the role that celebrities can play in the political arena.
View More