Florence Kajuju, Ombudsman of Kenya, explains how to keep governments honest — and how one widow’s land complaint brought down a regional Governor.

Governance Matters: What are your key responsibilities as Ombudsman of Kenya and what are the main goals of the Commission on Administrative Justice, which you lead?

Florence Kajuju: The Commission is empowered to, among other things, investigate any conduct in state affairs or any act or omission in public administration, as well as to examine complaints of abuse of power, unfair treatment, or unlawful, oppressive, unfair or unresponsive official conduct.

The Commission also has a quasi- judicial mandate to deal with maladministration, and to adjudicate on matters relating to administrative justice. Further, through advisory opinions, the Commission is expected to propose ways of improving public administration, including reviewing processes and procedures where appropriate.

Can you give us any specific examples of how the Commission’s investigations have a direct influence on governance standards?

One success story I remember well was that of a widow in Kiambu County, near Nairobi. In March 2019, she complained that her efforts to secure the county government’s permission to develop two plots of land she owned had been frustrated. She further alleged that the ownership of that land had been unlawfully transferred to somebody else.

The Commission’s investigation confirmed that the two plots of land had indeed been unlawfully transferred on the instruction of the then Governor of Kiambu County. The unlawful transfer was revoked as a result of the investigation and the Governor was later impeached and removed from office for corruption. This investigation played an important role in that effort, and was heavily relied upon by the Kiambu County Assembly and the Senate.

In this case, the Commission gave a voice to somebody who in the past may have been forced to suffer in silence. Through the successful resolution of many such injustices, the Commission has made significant strides in the promotion of good governance and accountability in both the national and county governments.

The Commission gave a voice to somebody who in the past may have been forced to suffer in silence. Through the successful resolution of many such injustices, the Commission has made significant strides in the promotion of good governance and accountability in both national and county governments. - Florence Kajuju

During the height of COVID-19, was the investigation and tackling of maladministration in the public sector affected? How did your office overcome the obstacles?

COVID-19 made it very challenging for citizens to access public services due to lockdowns and other measures put in place to curb the virus. The Commission’s staff had to work in shifts and most of them were working from home in line with the Government’s directives to help curb the disease. We responded by organising virtual public education forums and members of the public were also able to register complaints through the Commission’s social media channels, so we were able to keep up with our work.

Besides these logistical issues, COVID-19 also brought unique policy changes that required the attention of an Ombudsman tasked with rooting out corruption and maladministration. For example, citizens with suspected cases of the virus were required to go into quarantine for several days. The Office of the Ombudsman issued several advisory opinions urging that the rights of citizens be properly protected during the drafting of COVID-19 policies. We issued a circular calling for the proactive disclosure of information on the public funds allocated for COVID-19 mitigation interventions to guard against misappropriation and waste. The Commission also called on Cabinet Health Secretary Mutahi Kagwe to engage with health-care workers and to exercise his powers over the Kenya Medical Supplies Authority to direct the release of Personal Protective Equipment.

What are some of the recent innovations put in place by the Commission on Administrative Justice that allowed it to carry out its work more effectively?

To improve on the speed with which complaints are resolved, in May 2022, the Commission developed and launched an online Complaints Management Information System (CMIS). This portal enables citizens to file complaints online from the comfort of their homes without having to physically visit the Commission offices or write letters.

This service is very useful for those areas where there are no offices, but it also allows us to generate important data. The status of complaints and the performance of the officers handling them can be tracked through the system. It also makes it easy to collect useful statistics such as the age or gender of complainants or which departments receive most the complaints. We can then use these figures to inform our work in future.

Part of the Ombudsman’s mandate is public education. How does education help to build a strong and just public service and how does the Commission go about delivering it?

I have always found it to be true that an informed citizen is an empowered citizen. Public education is vital because members of the public cannot seek services if they do not know that those services are available.

The Commission connects with the public through county outreach visits (Huduma mashinani programmes), public engagements, media work, and the production and dissemination of Information, Education and Communication (IEC) materials outlining the role and mandate of the Commission.

In addition, the Commission is scaling up public education and advocacy on administrative justice, access to information, and alternative dispute resolution. This will go a long way towards not only empowering the public, but also ensuring that duty bearers (both public officers and private actors) are responsive and accountable for their actions.

Education for us also means equipping our own employees with the skills they need. The Commission has trained more than 20,000 public officers in effective complaints handling and access to information mechanisms and in addition we work extensively with the Kenya School of Government and other institutions to provide opportunities for further training to Commission staff.

What advice do you have for other independent Ombudsmen on how to manage tensions or conflicts with government agencies that may arise and how to support an effective and accountable civil service in their countries?

Independent Ombudsmen are an important mechanism for upholding the rule of law since they provide a useful means of holding governments accountable for their actions. It is vital that these institutions exercise their independence as they perform their functions. They are the custodians of the fundamental ingredients of democracy including the rule of law, transparency, and human rights. That role can only be effectively carried out if they are serious and intentional about putting the public first.

Further, it is important to forge partnerships and linkages with local and international bodies. For instance, the Ombudsman institutions that are members of the African Ombudsman and Mediators Association and the International Ombudsman Institute benefit greatly from the information exchange and continuous dialogue with key international organisations and stakeholders that this facilitates. The best intentions are worth nothing if we do not have the capabilities to deliver on our work. 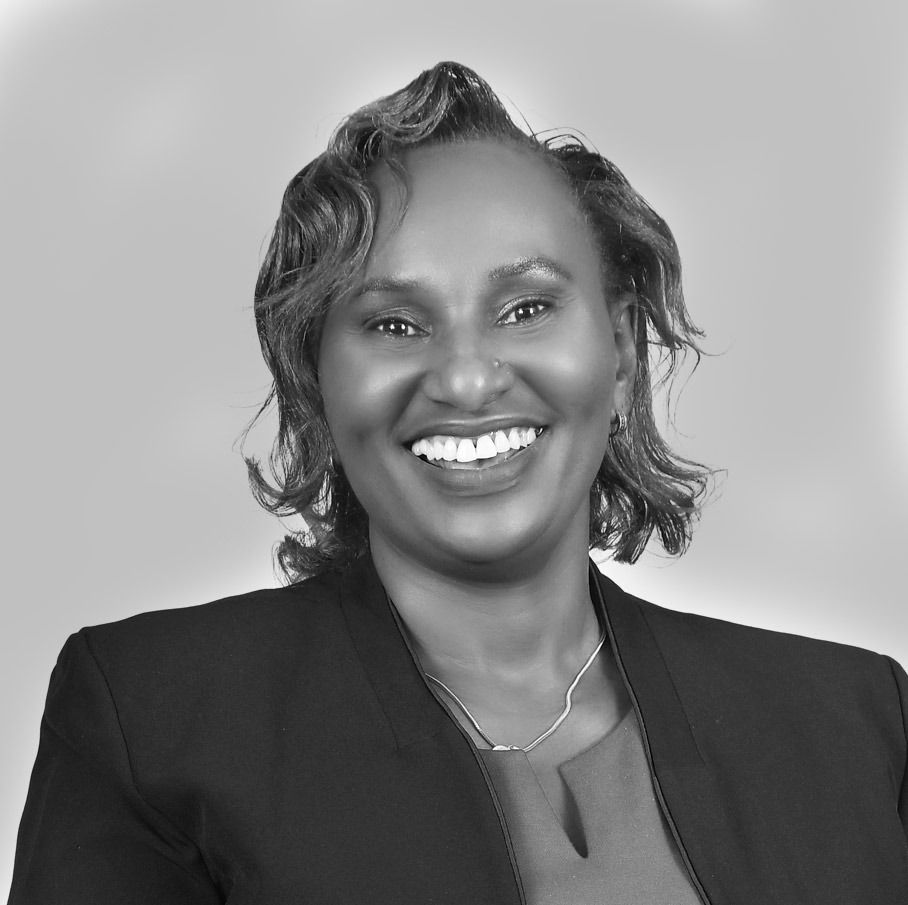 Hon. Florence Kajuju is the Chairperson of the Commission on Administrative Justice (Office of the Ombudsman) and Ombudsman of the Republic of Kenya. She is also the President of the African chapter of the International Ombudsman Institute and the Secretary General of the African Ombudsman & Mediators Association. She also serves as a board member to the African Ombudsman Research Centre based at the University of KwaZulu-Natal in Durban, South Africa.

She is an Advocate of the High Court of Kenya, with more than 26 years of experience at the Bar. She holds an LLB degree from the University of Nairobi, a postgraduate Diploma in Law from the Kenya School of Law, and is currently pursuing a Master’s degree in Leadership and Governance at Mount Kenya University.

Prior to her appointment as Ombudsman, she served as a Member of the National Assembly. She also participated in the constitution-making process as the Vice Chairperson of the Law Society of Kenya for which she was recognised and awarded the Moran of the Order of the Burning Spear in 2011 by then President Mwai Kibaki. 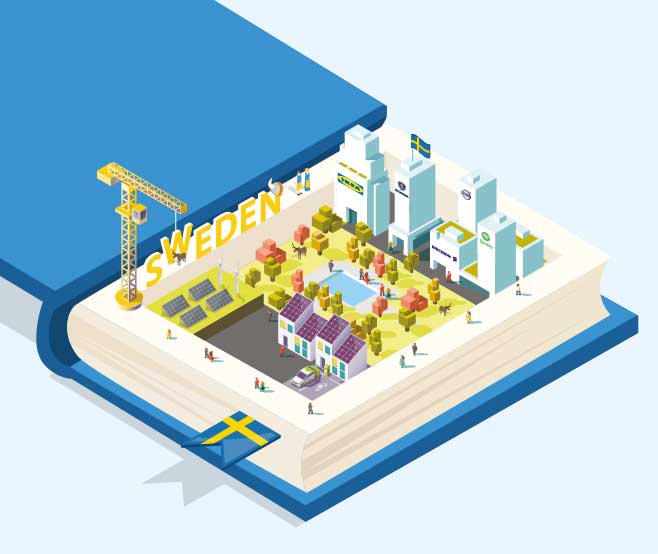 Swedish Institute’s Monika Wirkkala explains the role of a national story in governance. 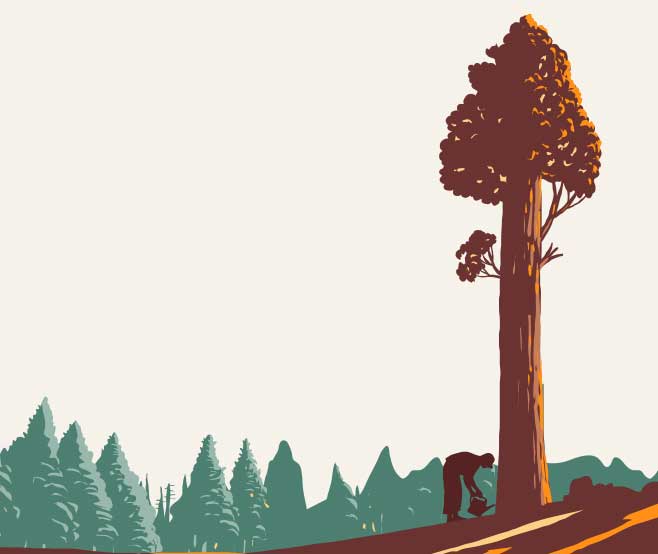 The team behind the Chandler Good Government Index on the most important insights from benchmarking 104 countries.
View More