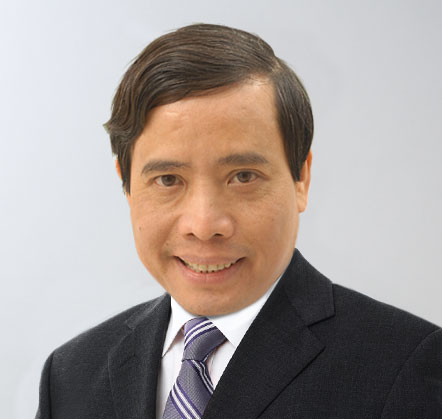 Dr. Vu Minh Khuong is an Associate Professor at the Lee Kuan Yew School of Public Policy (National University of Singapore). His research and teaching concentrate on economic development and policy analysis.

Professor Vu has published two books and more than 20 papers in prestigious academic journals. He also frequently writes press articles for newspapers and other media, focusing on development policy issues. He is a member of the Editorial Board of the Journal of Telecommunications Policy and the Journal of East Asian Policy.

Professor Vu (together with co-author Boyd Fuller) won the 2011 Best Article Award from the Public and Non-Profit Division of the Academy of Management (USA). He has also won the highest awards for research and teaching at the Lee Kuan Yew School: the LKY School Research Excellence Award (in 2012) and the LKY School Annual Teaching Excellence Award (in 2009 and 2011).

Elected CEO of the Song Cam Chemical Company by workers and staff in 1988, Professor Vu presided over a major turnaround of the company. As a result of this experience, he received a Fulbright Scholarship to pursue an MBA at Harvard Business School in 1993.

Professor Vu received a BA in Mathematics from Hanoi University (with highest honours) and an MBA and PhD from Harvard University. Prior to his arrival at the Lee Kuan Yew School, he taught at Suffolk University (Boston) and Keio University (Tokyo).