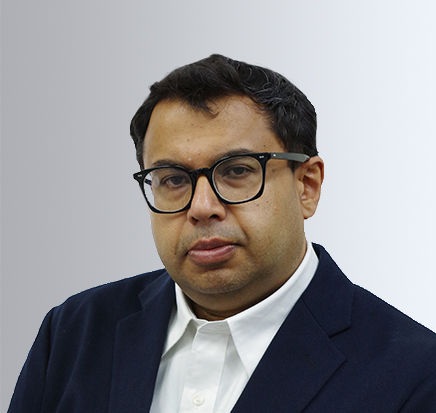 Sharath is one of the world's leading experts on re-igniting our inner drive (intrinsic motivation). His ground-breaking book "Intrinsic" has received glowing endorsements ranging from leading smart-thinking writers like Dan Heath and Nir Eyal, to business and education leaders to the former Prime Minister of Greece.

Sharath is the Executive Chairman of Intrinsic Labs, which supports organisations and leaders all around the world to solve deep motivational challenges, from governments to leading universities and high-profile corporations, from L’Oréal to the London School of Economics.

His work has been featured in The New York Times, The Economist, The Telegraph. Financial Times. NPR, CNN, CNBC, The Hindustan Times and The Times of India.

An accomplished speaker, Sharath has delivered talks and workshops to share the ideas from "Intrinsic" with influential audiences including the World Health Organisation (WHO), Cambridge University, Daimler, Amazon and the World Economic Forum.

Sharath holds degrees from Cambridge University, Oxford University and INSEAD. He was awarded an Honorary Doctorate for his contributions to the field and was invited to serve on the high-level steering group of the Education Commission, the pre-eminent global think tank founded by former British Prime Minister Gordon Brown.