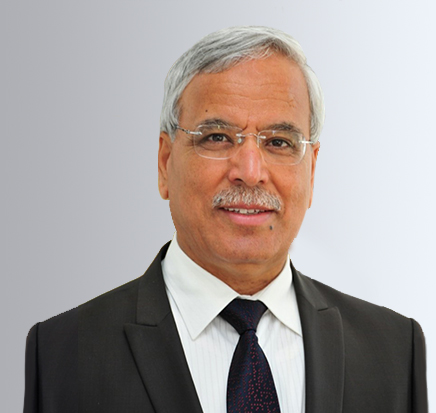 Kamel Ayadi has over 36 years of experience in a variety of consulting and leadership roles in the public and non-profit sectors. He served in ministerial level positions, including Minister of Governance and Anti-corruption in the Government of Tunisia, Minister to the Head of the State Chairman of the High-level Authority on Administrative and Financial Control, Secretary of State and founding Chairman of the Telecommunication Regulatory Authority in the early 2000s.

Kamel is currently working as an international consultant on governance, ethics and anti-corruption strategies. He is also a member of the Chandler Sessions on Integrity and Corruption at Oxford University, Blavatnik School of Government. Kamel is also a member of the Board of Directors of the World Justice Project. He is the founding Chairman of the World Leadership and Ethics Institute, a private entity specialising in training adults on governance, ethics and anti-corruption. He is also the founding Chairman of the Global Infrastructure Anti-corruption Centre in Tunisia.

Kamel served as a member of the ISO technical committee in charge of drafting the ISO37001 Anti-bribery Management Standard, then he was accredited as a certified auditor on Anti-bribery and Compliance Management Systems ISO37001-ISO37301.

Kamel is a Dale Carnegie certified trainer on leadership and management, with extensive experience in training adults on corruption, ethics, corporate integrity management systems, corporate social responsibility, governance and accountability. He is also a certified facilitator in participatory budgeting and social accountability (United Nations Human Settlements Programme). He successfully developed and implemented a number of capacity building programmes in Tunisia and MENA countries.

After having served in leadership positions in numerous engineering societies, including President of the Tunisian Order of Engineers, he was elected in October 2003 as the President of the World Federation of Engineering Organisations (WFEO, 100 member countries), and founding Chairman of its standing committee on anti-corruption from 2005 to 2013.

Kamel has lectured at more than 100 congresses in 80 countries. He chaired more than 40 international events on science engineering and technology, anti-corruption, and social accountability. He is the recipient of the 2011 American Society of Civil Engineers Presidents’ Award in recognition of his leadership of the worldwide engineering community, and his efforts to combat corruption and services to the country. He has written several books and reports and conducted research and studies on governance, corruption and audit.

Kamel Ayadi Holds a Master’s degree in Civil Engineering from the Tunisian National Institute of Engineers and a Post-Graduate degree in law. He holds a Business English Certificate from the University of Cambridge.