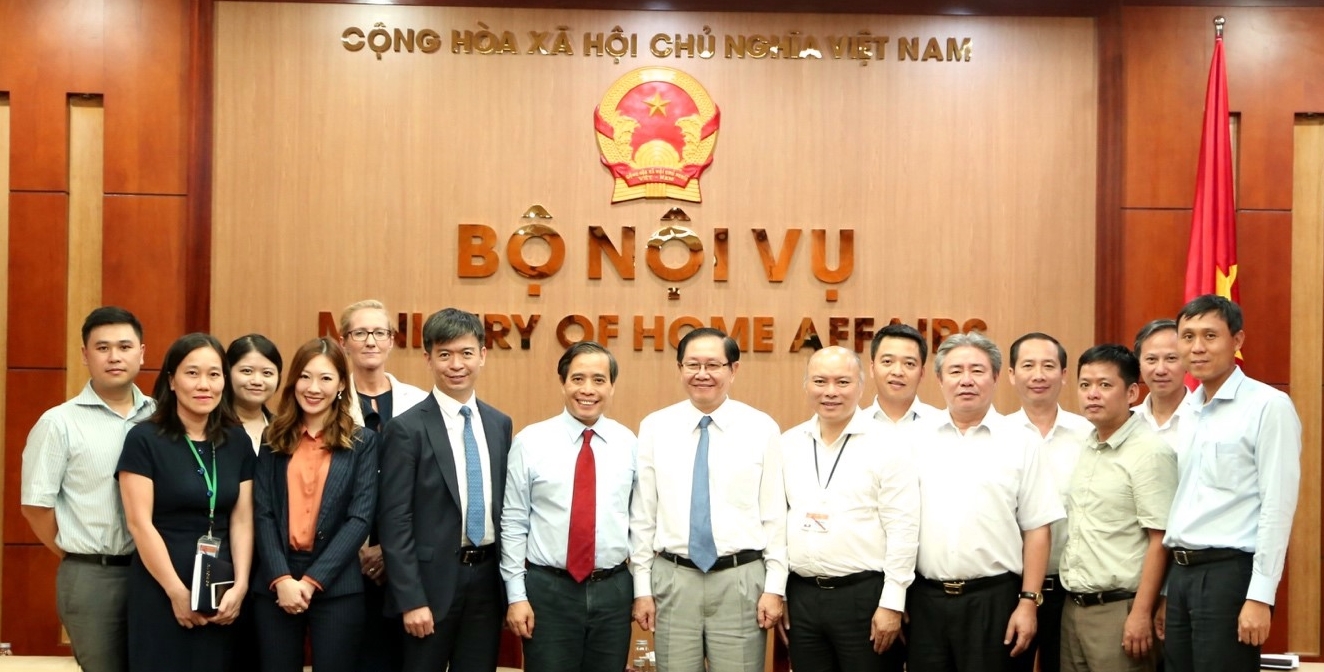 Vietnam’s Minister of Home Affairs Mr. Le Vinh Tan and his team meeting with the Chandler Institute of Governance.

On 14 August 2019, the Chandler Institute of Governance (CIG) met with Minister Le Vinh Tan at the headquarters of Vietnam’s Ministry of Home Affairs (MOHA), to discuss collaboration in training and research.

CIG’s Executive Director Wu Wei Neng explained that CIG was established to support good governance, which in turn would provide an essential foundation for national development and prosperity. When nations were governed by strong and wise leaders, there would be high levels of public trust between citizens and their government. This would in turn lead to investments, jobs, and ultimately to savings and national wealth. He then updated Minister Le Vinh Tan on the working discussions and meetings that CIG had recently conducted with the National Academy of Public Administration (NAPA) and the Hanoi University of Home Affairs (HUHA).

CIG Advisory Council Member and Member of the Economic Advisory Group of the Prime Minister, Assoc. Prof. Dr. Vu Minh Khuong, further emphasised the importance of training senior civil servants, and the use of case studies to provide practical context.

In particular, MOHA welcomed the cooperation with international experts in the areas of training and retraining of cadres, civil servants and public servants of Vietnam, and to gather international experiences in areas such as attracting and retaining public sector talent, building a team of professional civil servants to implement policies as well as building a Government of integrity, innovation and excellence.

Minister Le Vinh Tan added that in addition to learning from the experiences of other countries and organisations, Vietnam and MOHA also had useful experiences and insights on public administration and reform to share with others, and looked forward to a fruitful exchange of insights and views.

“Thank you to the Chandler Institute of Governance for your partnership with NAPA and HUHA, and the good contributions you have made so far.”

Minister for Home Affairs of Vietnam

Minister Le Vinh Tan concluded the meeting by affirming the value of cooperation with CIG. He assigned the Department of International Cooperation of MOHA, NAPA and HUHA to work closely with CIG to implement an effective partnership.

CIG likewise expressed its gratitude for MOHA’s support and cooperation, and its hopes for a meaningful long term collaboration. The meeting concluded with a dinner hosted by Minister Le Vinh Tan.