Policymakers are fundamentally in the behaviour change business. Ensuring that people pay taxes on time, that businesses dispose of waste and recycle properly, that people access primary care, that children regularly attend school — these are all examples of policy goals where success depends on what people do. “Nudges” can be a powerful tool to help more people make better decisions more regularly.

Richard Thaler, who won the 2017 Nobel Prize in Economics for his insights on economic decision-making, and Cass Sunstein, a Harvard Law School Professor and former Administrator of the Office of Information and Regulatory Affairs, first popularised the term in 2008 with their book, Nudge. A nudge refers to any aspect of choice architecture that alters people’s behaviour in a predictable way without forbidding any options or significantly changing their economic incentives.

What is a Nudge Unit?

A government nudge unit (or behavioural insights unit) is a specialised team that identifies opportunities to design better policies, more effective programmes, and stronger communications across a wide range of government functions.

These teams do this by gathering evidence about human behaviour from many different academic disciplines, including behavioural science, psychology, and behavioural economics, and applying those insights in practical ways to government functions. By using a nuanced and realistic model of how people might behave, nudge units are able to develop new ideas to improve public policy and administration.

In addition to generating new strategies, behavioural insights units use scientific methods such as randomised controlled trials to test their ideas and enable governments to make evidence-informed decisions. We believe that virtually every government could benefit from behavioural insights capacity, whether by building their own resources or establishing strong partnerships with organisations that already exist. These units have had important, sustained successes in low- and middle-income countries, as well as high-income ones. They have been established in multilateral organisations, national governments, provincial and state governments, and local governments.

My organisation, BIT, has been active for just over a decade and we have designed and evaluated more than 800 new ideas formed by behavioural science — and we are just one organisation doing this work out of hundreds worldwide. There is no shortage of excellent case studies that you can use to build support for creating a unit.

Social norms are powerful because most people want to do what is “normal”. What we see and hear about what others are doing can affect our own actions.Our social norm messages drew on this behavioural insight. - Sasha Tregebov

One area where we have seen dramatic and sustained success has been in tax compliance. In 2011, we partnered with the U.K.’s tax authority to test the impact of tax payment reminder letters that used different messaging strategies. These included highlighting social norms by informing people of what other people are doing.

Social norms are powerful because most people want to do what is “normal”. What we see and hear about what others are doing can affect our own actions. Our social norm messages drew on this behavioural insight. A typical message would read something like this: “Nine out of 10 people in the U.K. pay their tax on time. You are currently in the minority of people who have not paid us yet.”

We randomised these messages across 100,000 taxpayers and observed which group paid their taxes within 23 days. The social norm letters brought forward GBP 1.9m in tax revenue that would not have been received within the desired timeframe using typical messages. If all taxpayers in the country received this letter, it would have generated GBP 11.3m.1 This is a great example of a nudge. It did not take much time, effort, or cost to create these simple letters — and they benefited both individuals and the Government. Using a variety of insights like this, tax authorities around the world have been able to bring forward hundreds of millions in revenue.

We have also seen great success with nudges in public health. Anti-microbial resistance is one of the world’s top 10 public health threats. One of its causes is doctors prescribing antibiotics to patients who do not need them. In 2014, BIT partnered with the U.K.’s public health department to test whether general practitioners (GPs) would reduce their prescribing rate when told by a high-profile messenger, England’s Chief Medical Officer, that they were prescribing a higher-than-average amount.

Using administrative data, BIT identified a group of 1,400 GP practices with a history of over-prescribing antibiotics. BIT randomised the practices into two groups. The control group did not receive a letter — the status quo — while the treatment group received a nudge letter from the Chief Medical Officer that used a social norms message providing information about how the recipient’s prescribing rate compared with others in their local area. The letter also employed “messenger effects”, which refer to how people respond to different messages depending on who is communicating them. In general, we tend to give different weight to information based on the source of that information. People are more influenced by those who are perceived as experts, or authority figures.2

‍ We understood that the Chief Medical Officer would fit into this category for GPs. The letter also increased the salience of practical alternatives to a prescription and came enclosed with a card to give to patients that explained how to take care of their infection without immediate antibiotics.

Over six months, we found that those who received the nudge letter from a high-profile messenger reduced their antibiotic prescribing rates by 3.3% on average compared with those who did not. While this may not seem like a lot, it translated to 73,406 fewer antibiotic prescriptions and a cost saving of GBP 92,356.3 Subsequently, this approach was successfully replicated in many other countries, including Australia, Canada, New Zealand,
and the U.S.

One concerns the desire to test ideas rigorously. There are important ethical limitations around experimentation. The Belmont Report, published by the U.S. Government in 1979, outlines three principles for conducting ethical research. Researchers must respect people’s agency and autonomy, must maximise benefits to participants and society, and must ensure that no one group bears undue burdens from the study while another group reaps its benefits. I believe that these are strong principles, and that nudge units around the world should follow them.

The other regards the limits we place on nudges. An ethical nudge helps people make better decisions for themselves. It should preserve their ability to choose and be designed to encourage choices that the target audience is likely to want to make and to be best for their communities. Nudges should not be used to achieve goals that run counter to people’s needs and preferences.

To that end, it is also important to think about the effects of nudges on different groups, not just the entire population. Take the issue of over-prescribed antibiotics. When BIT conducted similar work in New Zealand, we knew that GPs were actually under-prescribing antibiotics to certain patients, including Māori people, on average. Even worse, these people were at higher risk of infectious disease and may actually need more antibiotics. We cannot just measure if a nudge works across the average population. Nudge units have to consider who a nudge is serving. These equity questions are critical.

To identify promising and ethical opportunities to test nudges, we recommend civil servants start by applying behavioural science concepts using a practical framework called EAST. If there is a behaviour associated with a policy that you would like to encourage, make it Easy, Attractive, Social, and Timely.

These four simple principles for applying behavioural insights are based on the Behavioural Insights Team’s own work
and the wider academic literature.

One of the biggest lessons BIT has learned is the disproportionate impact that small “frictions” can have on behaviour. When working with the public sector, we always strive to make the desired action easier — be it by reducing clicks (if the behaviour is digital) or simplifying language to ensure people understand their choices right away. These seemingly small changes can often have surprisingly meaningful effects.

The same goes for making an action attractive. Think about how you can make important information stand out. A simple example would be including a deadline in a big font at the top of a letter rather than burying it in paragraph seven.

One way to make a behaviour social is by letting people know that it is common. If you can tell people what normal is — as we did in the tax payment and antibiotic prescribing trials — it could motivate them to take up that behaviour. That said, it is important to be sure that the social norm message you communicate is relevant for your target group. For instance, social norms about the general public may not be effective for groups who have been marginalised or feel very different.

A timely nudge means engaging with people at moments that support behaviour change. Reminders are a simple but powerful way to address issues such as missed medical appointments or deadlines for filing paperwork. Beyond that, there are certain moments in our lives, such as when we have a child, start a new job, or celebrate a milestone birthday, when we are more open to other changes. This is called the “fresh start effect”. Think about reaching out to people at these moments, as your behaviour change approaches such as nudging may be more effective then.

While the EAST model is a good place to start, to actually stand up and sustain a nudge unit long-term, I recommend leveraging the experience of other organisations that have been doing this work for a while. When BIT was established, we were breaking new ground and there are many things we do differently now. We have learned so much about the skills we need on our team, the partners we want to work with, and effective methodologies. There is no need to reinvent the wheel. In my experience, nudge units are eager to share their wisdom across borders.

Also, ensure that you have a clear vision of what your nudge unit should achieve. If you reach out to existing nudge units, you will find that they do not all have the same mandate. Some may focus on mainstreaming behavioural insights across government, while others are centralised — designing nudges, running experiments, and translating evidence into smart policy design. Design your nudge unit within the strategic context of the broader organisation to ensure you are doing work that really matters.

2. Wilson, E.J., Sherrell, D.L. (1993). Source effects in communication and persuasion research: A meta-analysis of effect size. Journal of the Academy of Marketing Science, 21, 101. 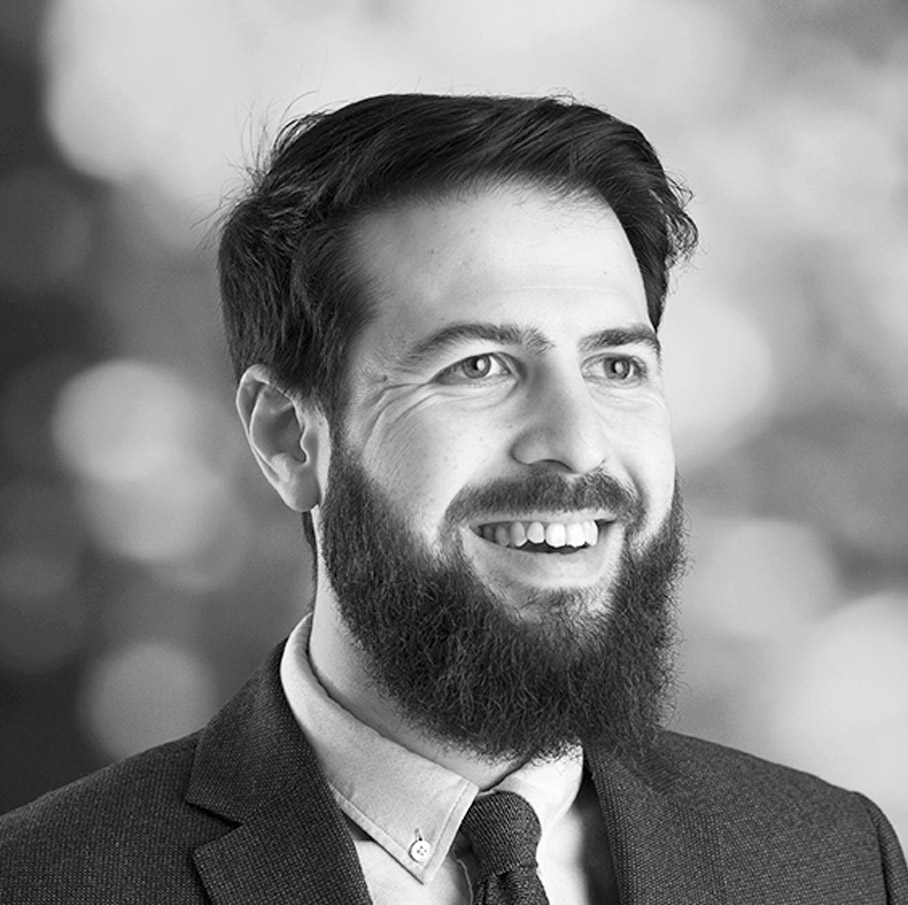 Sasha Tregebov is the Director of the Behavioural Insights Team’s (BIT) Canadian office. He has overseen almost 100 applied behavioural science projects at BIT since joining the New York office in 2017 and founded the Canadian office in 2019. Prior to joining BIT, Sasha co-founded and led Deloitte’s behavioural science practice in Canada. He holds a Master’s degree in Public Policy from Toronto Metropolitan University. 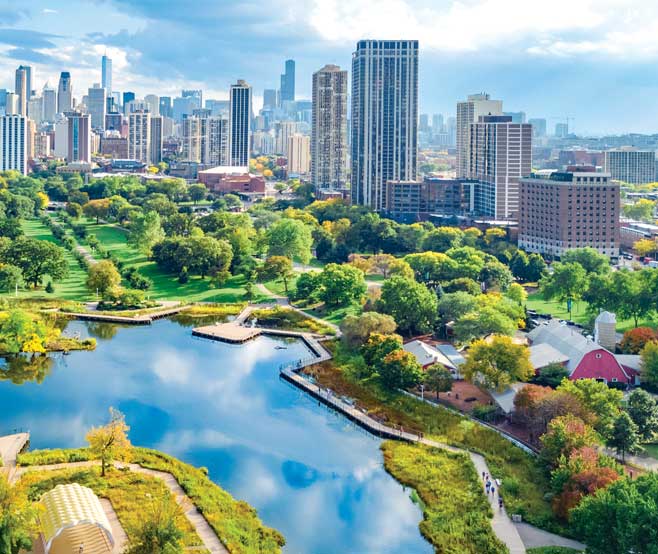 The Art of Building Green Cities 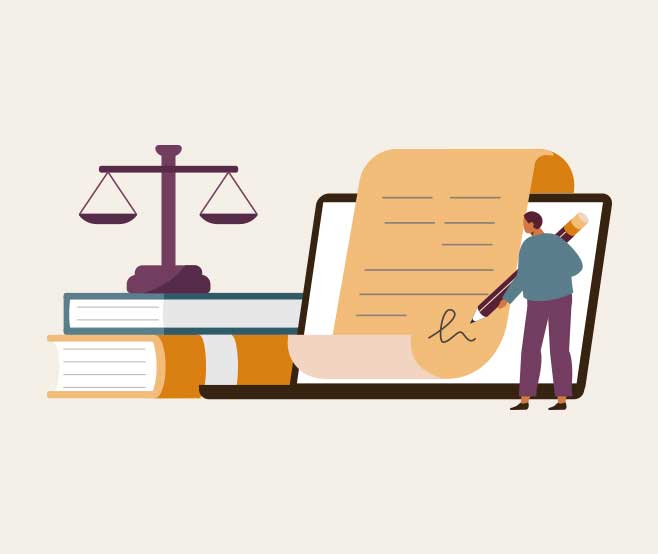 Intrinsic Labs’ Sharath Jeevan on how a new approach to leadership can yield results.
View More