From Candlelight Protests to Public Trust

In the period 2016-17, citizens of the Republic of Korea increasingly took to the streets to protest against then-President Park Geun-hye’s involvement in a corruption scandal. These candlelight protests paved the way for a new government, led by President Moon Jae-in, to be elected into power — promising to foster spaces to hear citizens’ voices.

During the COVID-19 pandemic, the government used the platform — alongside other digital efforts — to disseminate timely and accessible information about the pandemic to citizens. This public participation channel has also been used to launch important campaigns, such as one empowering citizens to protect their privacy and personal information against misuse. These efforts have gone a long way to bridge the gap between government and citizens, and rebuild public trust in government — something that also saw a significant drop in the last few months as COVID-19 continued to plague the world globally.

The COVID-19 pandemic exacerbated the existing inequalities and socio-economic challenges that countries and local governments face. Lack of access to medical care, corrupt practices compromising contracts for personal protection equipment (PPE) and vaccines, and now challenges related to the access to vaccines compounded the question of saving lives and livelihoods.

As markets dipped and jobs were lost around the world, enormous stimulus and safety net packages were mobilised rapidly. However, these were rolled out without the necessary oversight, which enabled large-scale corruption and inefficiency across both the global north and south: corruption scandals involving facemasks in Germany and contracts for PPE in the U.K., misuse of COVID-19 recovery funds in South Africa — according to its auditor general, misappropriation of COVID-19 relief funds meant for low-income communities in Sri Lanka, and more.

Almost two years into the pandemic, countries that prioritise openness, data-based decision-making, and bridging the gap with citizens have done better in tackling pandemic-related crises, including the immediate response to multiple waves of the virus, and are also progressing on longer-term recovery and institutional renewal.

Amid calls to “build back better” on international platforms, it is important to recognise that any post-pandemic political and economic renewals need to go beyond just resetting or rebuilding — and embrace thinking anew. Efforts need to be underscored by principles of open, accountable, responsive, and inclusive policy-making. As France’s President Macron said at the 2020 Open Government Partnership Virtual Leaders Summit, on the sidelines of the UN General Assembly: “We must ensure that we don’t go back to the political systems we knew before. We must use this crisis as a wakeup call to reject the easy but false answers of populism and isolation. We have to build new models of democracy and put citizens first.” This clarion call has been prominent across for a focused on global development such as the Sustainable Development Goals, but it is important to see that it is put into practice too in the form of concrete national policies.

The pandemic — as much as the climate, economic crises that are unfolding — is a governance crisis. It sets out an opportunity to conceptualise a new vision for public leaders. Open Renewal outlines the vision for a cross-sector effort to promote a transparent and accountable recovery from the pandemic, tackle systemic inequalities of income, gender and race, address threats to democracy and civic space, and enhance public participation to reinvigorate democracy. The road ahead must be built on a strong foundation of values, digital transformation, and a commitment to delivery of public goods to all rather than only a few. While these are embedded in global frameworks, such as the 2021 G7 Communiqué, the 2030 Sustainable Development Goals, and the forthcoming U.S.- hosted Summit for Democracy, we need concerted leadership to strive for concrete policy efforts at national and local levels.

At Open Government Partnership (OGP), a global partnership of 78 national and a number of local governments, we have found growing evidence — including examples of how countries handled the pandemic — that a transparent and accountable approach to tackling crises is better for rebuilding public trust and post-pandemic recovery and renewal. Drawing on 10 years of OGP’s work in this space, I would like to share four key lessons that remain relevant for all public leaders committed to renewing public trust, particularly in the face of crises:

Timely and accessible data is key to restoring trust and fostering innovation. There are several good examples of this happening on issues ranging from opening up COVID-19 spending to fostering transparency in government use of algorithms, and even on transparency around police data. In Paraguay and Colombia, the governments published emergency contracts as open data, which was monitored by civil society, including by tracking price differences for COVID-19 supplies. In New Zealand, the government built an algorithmic charter with civil society groups to increase the transparency of governmental use of algorithms and to engage communities directly impacted by its use, especially under-represented groups. Through OGP, the United States government undertook the Open Police Data Initiative to address high levels of distrust and tension between the police and the public. The initiative encourages local police jurisdictions to proactively extract and publish policing data. The initiative increased access to information by creating a centralised database that comprises over 130 jurisdictions and 405 data sets as of June 2020, including cities such as New York, Los Angeles, and Detroit.

Empower Citizens to Follow the Money from Budget to Spending

Some useful examples that could serve as inspiration for similar ideas in other contexts: Colombia published information on COVID-19 emergency projects financed by royalties through its “Auditores Ciudadanos” (Citizen Auditors) application allowing citizens to monitor public spending and ensure it has the desired impact. Because Colombia increased its 2021 budget by 18.5 trillion pesos (US$ 5.16 billion) to address pandemic response and relief measures, these commitments are critical in ensuring transparency and accountability. For public contracts in stimulus packages more broadly (e.g., for infrastructure projects), open contracting can save money, fight corruption, and spur economic activity. Through Ukraine’s open contracting platform, citizens flagged 14,000 violations over two years, which helped the government save US$ 1 billion. Likewise, 82% of entrepreneurs reported reduced corruption, and contract bids, including from micro, small and medium-sized enterprises (MSMEs) increased by 50%. Last year, Nigerian president Muhammadu Buhari signed a new beneficial ownership registry into law. The registry, the first of its kind in the world to be cocreated with input from civil society and businesses, draws on the OGP-framework of cocreation. It will include the names of people who own and control companies. It has been called the “most significant law in decades.” The register is a first step to fighting illicit financial flows and making available the information of real owners of companies in business with the government, which is also key for investors to reduce risk and know who they are doing business with.

Open government is often equated with transparency and open data. Any efforts to rebuild public institutions and the economy as well as regain public trust must meaningfully engage citizens, businesses, media, and the third sector. Specific efforts must be made to include underserved communities that may have faced further marginalisation because of the pandemic. For example, in South Africa, a transparency portal called Vulekamali, developed through a collaborative effort by civil society and the Treasury, ensured that all budget data was made available in accessible formats and its launch included community outreach efforts to train different communities, including women and young people, to use the data to monitor spending.

The above examples and frameworks are rooted in efforts to do government differently — in ways that are suited to a post-pandemic context — by embracing the use of digital tools for public good, and evolving a policy infrastructure that will be resilient in the face of future crises. That said, any efforts towards an open renewal will be successful only if they truly have citizens at the heart of their design and roll out. A necessary condition of these initiatives is an open and robust civic space, for citizens and civil society to freely engage, innovate and monitor. Underrepresented groups including women, youth, indigenous communities, LGBTQIA+ groups, and others must be integrated into these processes, rather than included as an afterthought.

When Public Trust is the Key to Breakthrough

Public trust is not only a key aspect of democracy and governance, but an increasingly important pillar in the architecture of international economic policy. A digital-first and efficient government — one that is also open — can pave the way to increased public trust as we start rebuilding the global order. This is an opportunity for leadership in countries everywhere to ensure that there is a coalition of the willing that steps up to achieve this collective ambition. 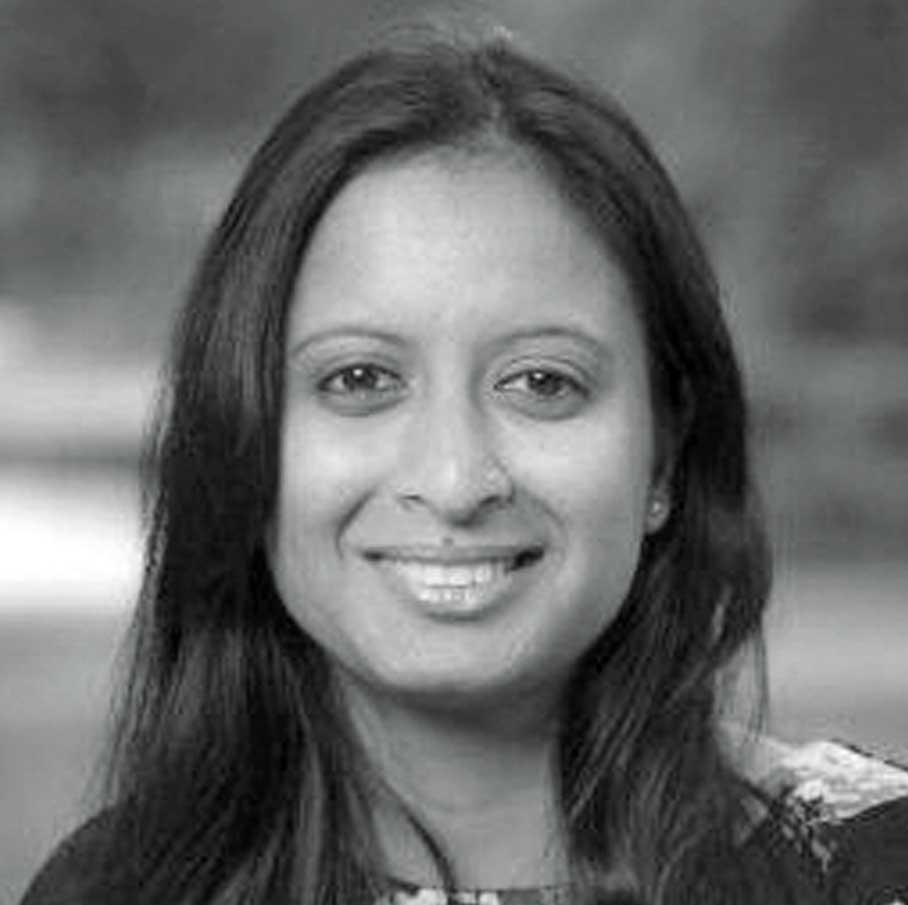 Tonusree Basu is the Deputy Director of Thematic Policy Areas at the Open Government Partnership. She has consulted on international open government projects, including with Transparency for Development at the Harvard Kennedy School, UN Women, and the World Bank. Basu was part of the coalition leading India’s grassroots Right to Information campaign and serves on the founding Board of Satark Nagrik Sangathan (Citizens Vigilance Coalition) India, that promotes citizen participation in engaging marginalised communities. Previously, she managed the media and civic engagement programme of India’s independent parliamentary research initiative, PRS Legislative Research, where she helped launch the Legislative Assistants to Members of Parliament fellowship. She also managed a global policy network, in collaboration with the U.K. Cabinet Office and World Economic Forum on social impact investing coming out of the G8 in 2013. She holds an MSc in Politics and Communication from the London School of Economics and an MPA from Harvard Kennedy School, where she was a Public Service Fellow. Basu holds a diploma in conflict management, is a trained Odissi dancer, and is based in London, U.K.. 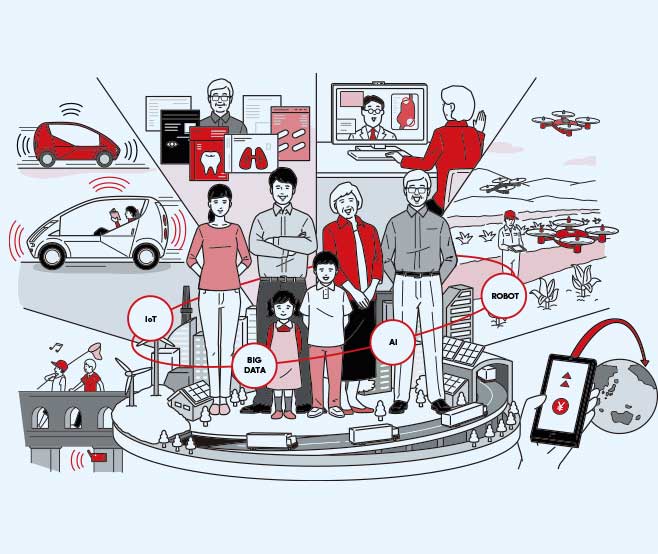 Hiroki Habuka of Japan’s Ministry of Economy, Trade and Industry on governance in a digital society. 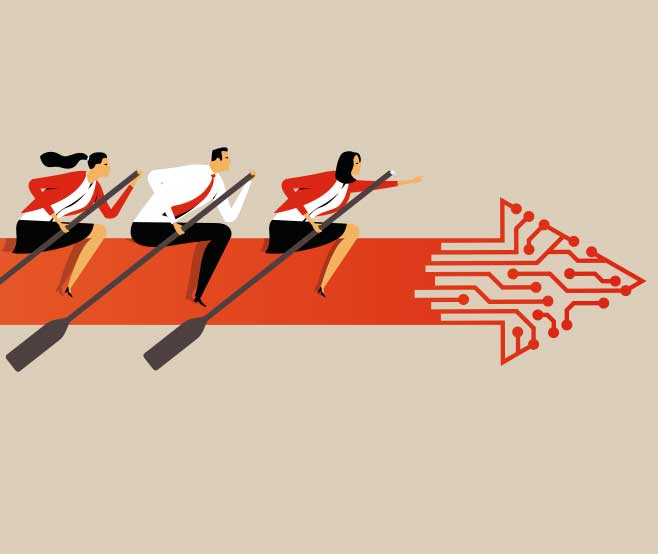 Karen Makishima, Japan’s Minister for Digital, tells Matthew Bishop why her digitalisation plans will level up her nation.
View More