Lessons from Parliament and Reforming the Constitution

Kiara Kijburana tells Governance Matters about what she learned from her time as Thailand’s youngest female MP.

Governance Matters: What sparked your interest in politics and governance, and how did you decide to become an MP?

Kiara Kijburana: My interest in politics began as a child, reading and learning more about the world and questioning how we could improve it. This further developed when I moved to Singapore for secondary school. At the time there was constant instability at home in Thailand and my friends would always ask me about it. Trying to answer their questions prompted me to think more deeply about politics. I also saw first-hand the power of governance to shape a country. Thailand has far richer natural resources than Singapore, yet Singapore’s good governance has led it to achieve great things.

The desire to become more involved in parliamentary politics came later. After school I studied in the U.K., and when I returned to Thailand I found I had made a few connections with people working in education and political reform. It was through that network that I co-founded a new political party, the Action Coalition for Thailand, which contested the March 2019 election.

Can you tell us about your experience running for parliament and explain a little about how the Thai political system operates?

The Thai election season lasts for months and our party travelled to every province in the country, knocking on doors, holding town hall meetings, and discussing local problems with community leaders. It was a real challenge and I was often away from home for weeks at a time, but eventually I was elected as a member of the 25th House of Representatives. It is true that nothing can prepare you for life as an MP.

Political will relies on selfless leaders who are willing to do the right thing over the convenient. In practice, this is difficult to come by. - Kiara Kijburana

Thailand has a bicameral system, which means there is a lower house, the House of Representatives, and an upper house. The leader of the largest party in the House of Representatives typically serves as Prime Minister, head of the executive branch of government. Within this system, MPs are legislators, central to writing and crafting laws, and hold the executive to account. The Government requires the support of MPs to pass laws and annual budgets and MPs are also able to question ministers, serve on standing committees, or set up their own ad hoc committees to tackle specific issues.

I served on the foreign affairs committee and on several ad hoc committees, including one dedicated to the reform of the Student Loan Fund, which successfully raised the profile of the issue and resulted in the amendment of the Student Loan Fund Act, and another assessing the benefits of the Comprehensive and Progressive Agreement for Trans-Pacific Partnership (CPTPP).

CIG has written extensively about the value of national constitutions as important blueprints for governments, setting out values and establishing the limits of executive power. As part of your time in parliament, you also worked on constitutional reform. What are your views on the role constitutions should play?

A constitution limits government powers and enshrines the nation’s values. While some amendments are natural, the fundamentals should not change without a proper mandate.

Thailand has had many constitutions throughout history. Whenever there has been a coup or change in leadership, the constitution has been rewritten to support the victors. One of the first things new governments want to do is change the constitution. While there can be merit in constitutional amendment if, for instance, it is done to widen participation and strengthen civic rights, this is rarely the case. This is detrimental to the progress of the country.

Several factors influence the success of reform. The first is that there needs to be a proper academic case for changes. In Thailand, we have the King Prajadhipok Institute, which serves as a form of neutral arbiter when it comes to rigorously analysing potential alterations. The second is political will. It relies on selfless leaders who are willing to do the right thing over the convenient. In practice, this is difficult to come by.

It is also vital to have popular support for the changes. In Thailand, if a constitutional amendment concerns the mode of governance or certain rights of the people then it has to go to a referendum. There is a clause in the Thai Constitution which establishes that the common good and the welfare of the people should be the supreme law. I think that sums up pretty nicely the importance of putting the interests of the people at the heart of our efforts.

What lessons have you learned from travelling across Thailand about how we can ensure that government works, as you say, for the welfare of the people?

One pitfall with politicians is that they can sometimes assume they know all about something and so enforce their ideas on others. In one border town I visited, I met an antique seller who told me that he did not want to be rich in the conventional sense. To him, being rich meant being happy and having the chance to interact with people and follow his passion.

Of course, not everybody would agree with him or share his circumstances. Of course, it is still the government’s responsibility to improve standards of living and provide equal access to public services. However, what stuck with me from our conversation is that MPs need to be intentional about listening to the people, not assume their wishes or presume to speak for them.

What do you think MPs should understand about civil servants and vice versa? How can both sides work together better?

This is a pretty sensitive question, there are a lot of stereotypes on both sides. MPs can get frustrated if things are slow moving. A lot of MPs join politics with very advanced technical or industry knowledge, but it is important to develop softer people skills, building relationships with civil servants, understanding their perspective, and showing patience. Incremental hard work is laborious but it is the way to build real change.

On the civil service side, there is a bit of a misconception that politicians are just in it for themselves. This attitude is a barrier to collaboration and one that both MPs and civil servants should try to break down.

Are there any lessons you have taken from your involvement in drafting laws, perhaps concerning the difficulties of implementation and enforcement?

As an MP I worked on a new law to mandate the use of baby seats in cars. It seemed quite a straightforward piece of legislation. It mirrored international requirements, it had clear good intentions, and we worked with all the right bodies to draft it appropriately.

However, later on many people raised questions. How could those living pay cheque to pay cheque afford a car seat, especially if they have many children? Could the Government not lower import taxes on car seats? Should we have a longer transition period? Some might argue that answering questions like these is not the responsibility of the legislature. I disagree. It is also our duty to think through how the framing of laws can support enforcement.

Around the world we are seeing more women, particularly younger women, taking office as MPs. What advice do you have for others seeking to follow in your footsteps?

We should celebrate progress, as a lot of people did in Thailand when the highest ever proportion of female MPs was elected to the House of Representatives in 2019. But that was still only 17%. There is huge room for improvement, and that includes ensuring that women given positions of leadership are not just given the title but have a real chance to make their voices heard.

As a female MP, you are often a pioneer and it is very rewarding to feel you are making history. However, there is a lot of pressure that comes with the job. Female MPs are not afforded the same luxury to fail as men and being one of the first means that whatever you do will have a big impact on how people perceive women in these roles.

As for young people, I am really encouraged to see so many of them joining politics. I believe social media is to thank for opening up a whole new world and giving young people the chance to engage in activism. I would warn young people entering politics that you will find a lot of people who underestimate you because of your age. It is tough, but you must let your achievements speak for themselves.

There is also a danger for young people of going too far the other way, discounting the value of the experience of someone more senior. I found working in Parliament that the best work was always the product of collaborative efforts. The prospect of young leaders with fresh ideas getting round a table with veterans who can use their experience to refine those ideas is really exciting. It just goes to show why we need people from as many backgrounds as possible involved in politics and governance. 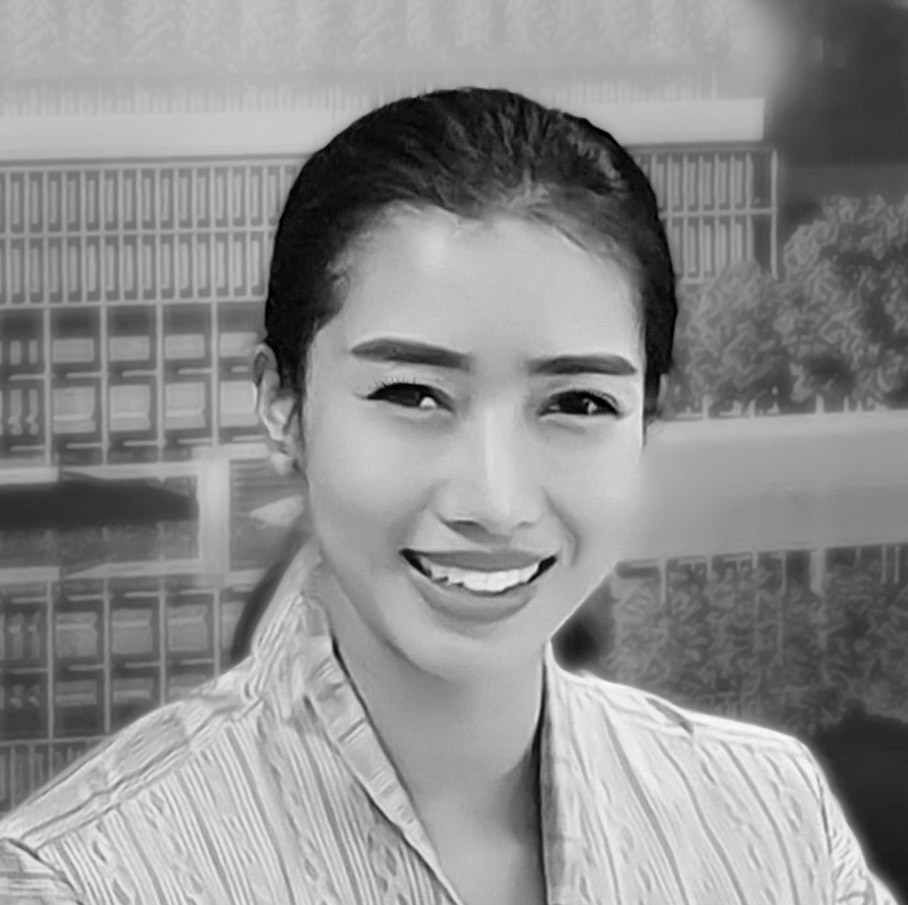 Kiara Kijburana was a Member of the House of Representatives in the Thai Parliament from 2019 to 2021. During her term, she served on several parliamentary standing and ad hoc committees. As member of a number of bill drafting committees, she has worked extensively on topics ranging from education to foreign affairs, intellectual property rights, political participation, and gender equality. She led an initiative to form the Young Parliamentarians Caucus to act as bridges between the legislature and youth organisations and to encourage youth participation in politics.

She is now Manager of Government Projects, Legal Affairs, and Communications at the Chandler Institute of Governance (CIG). She holds a BA in Philosophy, Politics, and Economics from Durham University, United Kingdom. She also holds an LLB and an LLM in Professional Legal Practice from BPP University, U.K. 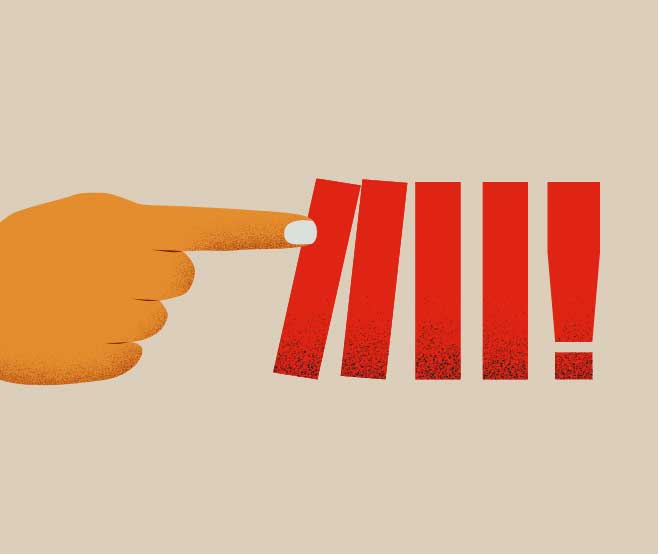 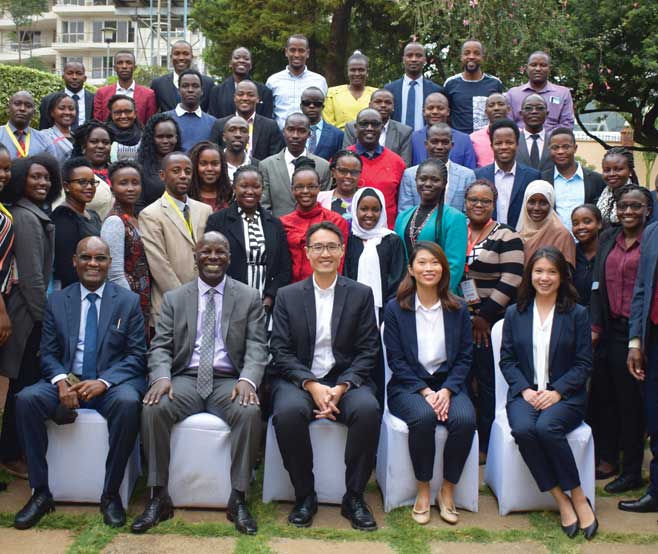 Kenneth Sim, Dean of the Chandler Academy of Governance, believes that training matters now more than ever.
View More