Monika Wirkkala, The Swedish Institute’s Acting Director of the Department for Sweden communication shares more about the role of a national story in governance.

Governance Matters: What, in your opinion, is a national story and how is Sweden’s story unique?

Monika Wirkkala: A national story is the conception that people have around their nation — its culture, history, and heritage. It is the story that would be told by most people if you randomly stopped them in the street and popped that question.

In Sweden’s case, the story is about a nation that has come a long way since the 1900s. There was a time when people emigrated to the U.S. to create better and more prosperous lives for themselves. Now, Sweden is a hi-tech country, with possibilities for people to have a good education, and to make a good life for themselves.

Society has developed immensely in 100 years, thanks to education for all, equal opportunities for women and men, an equal and inclusive social security system, innovations, and Swedish companies — such as Scania, Ericsson, IKEA and many more — going global. I think people would also emphasise our sense of responsibility for others in society, and our trust of the government and government authorities.

The Swedish Institute (SI), where I work, recently published the book, Sweden: A Country Less Ordinary. It paints a picture of a nation that’s driven by innovation, and that leads the way in equality and sustainability. The book will be primarily distributed through Swedish Embassies and Consulates around the world. Other stories about Sweden (in English, Russian, and Arabic) can be found on Sweden.se, which is the official source for facts and communication about Sweden.

What kind of national messaging appeals to a global audience these days? What are some of the key messages about the country that Sweden wishes to share with the world?

I think issues such as sustainability and work-life balance definitely speak to a global audience.

We know that people are looking to come to Sweden to live and work because of the work life balance and the opportunity to be close to nature. They can have a family life that is a bit more balanced — perhaps more so than what they are experiencing now. In many places, you really work long hours and long days. Childcare in Sweden gives both men and women the opportunity to work and have a career while also giving parents time to spend with the children.

Another key issue is sustainability. Climate change is a topic that dominates our headlines. Sweden is quite advanced in the sustainability space, and we would like to work with other countries to steer the development of sustainability globally.

How is the Swedish Institute using the conversation around sustainability to engage leaders around the world?

The Swedish government places a huge emphasis on sustainability and all government agencies have to think about “sustainability” in their work. It is a clear message. Our researchers work closely with Swedish companies on how to develop manufacturing processes that are more sustainable. Sweden is also positioned as number one in The Global Sustainable Competitiveness Index 2021, a global ranking for sustainability. For Sweden to remain competitive, we have to think sustainably and innovate. These are the qualities that we want associated with our nation.

To engage with leaders around the world, we have the Swedish Institute Management Programme and other leadership programmes on sustainability. Because of our size, we have to be active when it comes to engaging with other countries, so as to stay on the global stage and find global solutions. Sweden and its companies must work with others to ensure that we remain part of the global perspective.

We find a high level of engagement among the participants in the management programme, when it comes to the issues of sustainability, innovation, and design thinking. We have a very driven and engaged global alumni network with more than 16,000 members, as a result of these management programmes and scholarships for international master’s students and researchers at Swedish universities, which we really cherish and appreciate. Often, the alumni do their part by changing their company’s attitude or ambitions when it comes to sustainability. Many of them are also engaged in community work around these issues. The Swedish Institute gives them the tools to help raise the awareness on sustainability.

How does the Swedish Institute work and coordinate with other agencies and ministries in Sweden, and what were the initial challenges faced by the Institute?

The Swedish Institute is a public agency and gets its directions yearly from the Ministry for Foreign Affairs. It’s important to know that Swedish public agencies are independent of the Government even though they are financed by the state with tax money. The directions are of a general character, and the agencies interpret the directions to inform their activities. In other words, we work quite independently of the government.

The Swedish Institute works closely with Swedish Embassies and Consulates abroad and supports their activities with materials for their use. These are accessible online (https://sharingsweden.se/). Recently we came up with the communications concept, “Pioneer the Possible”, which can be used by foreign missions, and actors such as Business Sweden, Visit Sweden, and Swedish companies. It conveys a partnering effort to support a global transition in the direction of a more sustainable future.

There is a strategy when it comes to Sweden’s communications, which we share with our foreign missions and agencies, such as Visit Sweden and Business Sweden. We jointly agreed on the profile areas and the core values of our Sweden communication. Despite being an independent authority, it is important that we coordinate with our fellow agencies. In the Sweden image strategy, four profile areas have been defined. These are innovation, creativity, society and sustainability — areas that Sweden is strong in. The profile areas point out what should be strategically communicated.

Is there a structured process between the Swedish Institute, the foreign affairs ministry, and agencies, such as Visit Sweden and Business Sweden, to support coordination in nation branding work?

The heads of communications of the different agencies meet four times a year to coordinate the branding efforts for Sweden. We are in the process now of workshopping a new strategy as well as looking at the one that we have now, and deciding whether we will keep or adjust it. The various agencies and ministries meet and discuss the communications strategies, and then we unite in a common joint strategy.

The Swedish Institute was founded in 1945, after World War II. The task was to deepen relations between Sweden and people in other countries. This was done by offering scholarships for studies and research in Sweden, as well as programmes for cultural exchange and study visits to Sweden. The Swedish Institute also provided support for Swedish culture and literature to be displayed abroad.

But since then, of course, the world has changed immensely, and so has the art of nation branding and public diplomacy. Today, we can communicate directly with people on the other side of the world through social media. That is a fantastic opportunity, but it also comes with many challenges. The Swedish Institute is responsible for Sweden’s official webpages and social media channels in English, Arabic, and Russian. It has become more important for us to understand and analyse the images and narratives relating to Sweden online.

Nation branding is partly a new phenomenon, but at the same time, it is not. I think countries have always been aware of how they are perceived by their neighbours or allies. It’s an important thing. We are in the trust business and people’s perception of us is important. It makes our cooperation and exchanges so much easier. We need each other, especially a country that is relatively small in size like Sweden.

But then, having the tools to ‘measure’ a nation’s brand, or how countries are positioned in international indices, is relatively new. And I think many governments around the world put more emphasis on this now. I am sure you are aware of the Nation Brands Index, which is a study that we have been following for years. Along with our own studies, it gives us insights on the image of Sweden and how to focus or design our promotional activities.

Our social media accounts have 3.7 million followers. The opportunity is having a big reach, but the challenge is that you also get fake facts. You have to be very attentive to the responses that you get while being on top of responding to questions about Sweden.

What are some of the biggest achievements of the Swedish Institute?

I would say that our biggest achievement is working closely with the Swedish embassies long term, around the world. This has had a great impact for Sweden. Previously, we sent out (physical) exhibitions and communication materials. Now, with digitalisation, we can communicate simultaneously with target groups all over the world with the same messages. This means that our communications are more coordinated and have a much greater outreach than before.

We’ve also been able to support the embassies in the best way possible through a recurring dialogue on how to best showcase Sweden on different topics in a local context. There is the platform sharingsweden.se that holds communication materials for them to use in their communication about Sweden. I’d say that sharingsweden.se is a big achievement in being a ‘toolbox’ for different actors in their Sweden communication.

Finally, what advice can you give other countries and governments seeking to follow in Sweden’s national storytelling footsteps?

Cooperate and co-create. Work together. All national actors, that also work internationally, can contribute to the image of a country in conveying the country’s strengths in a similar way. For that, you need a joint communication strategy so that you know what messages to convey. But then again, you must walk the talk, and show that what you say also transforms into what you do and how you act. 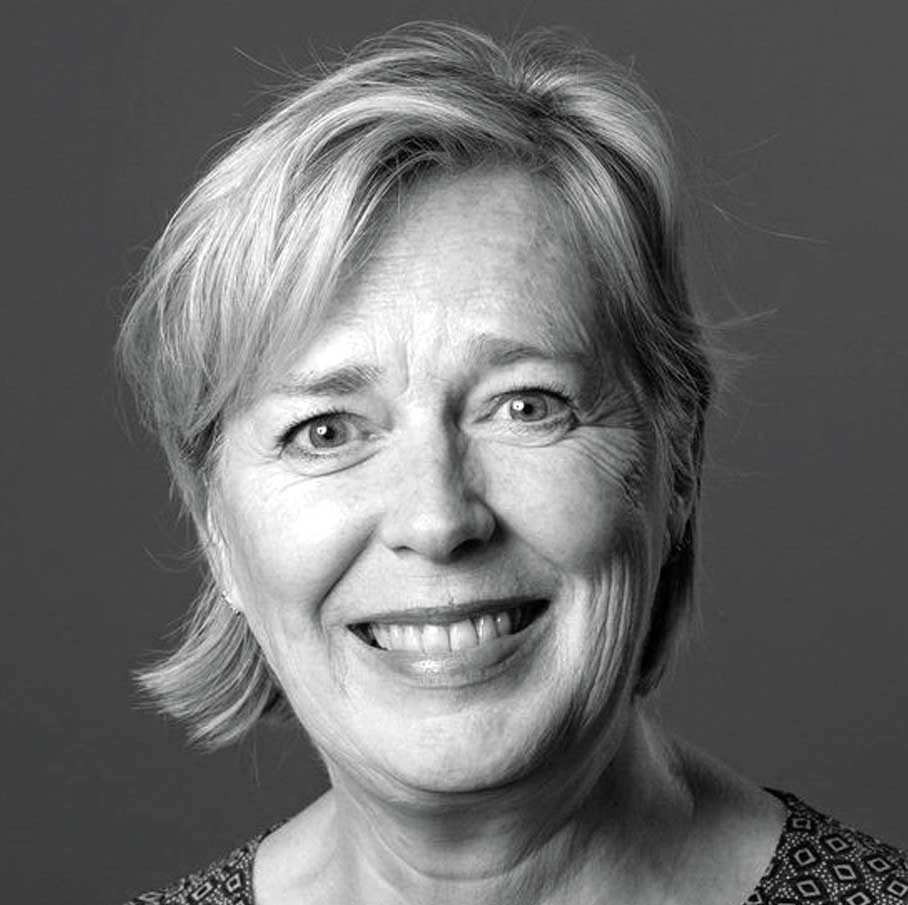 Monika Wirkkala is the Acting Director of the Department for Sweden communication at the Swedish Institute, a government agency working closely with Swedish foreign missions, promoting Sweden abroad. The Swedish Institute builds lasting relations between Sweden and other countries with a view to enhancing Sweden’s attractiveness. 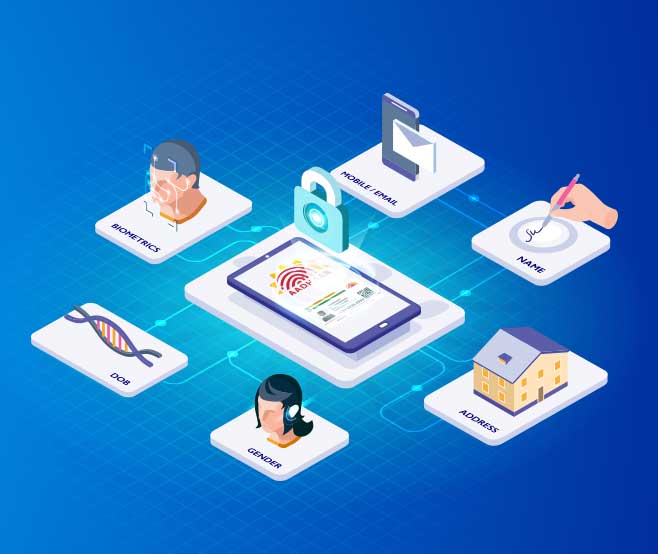 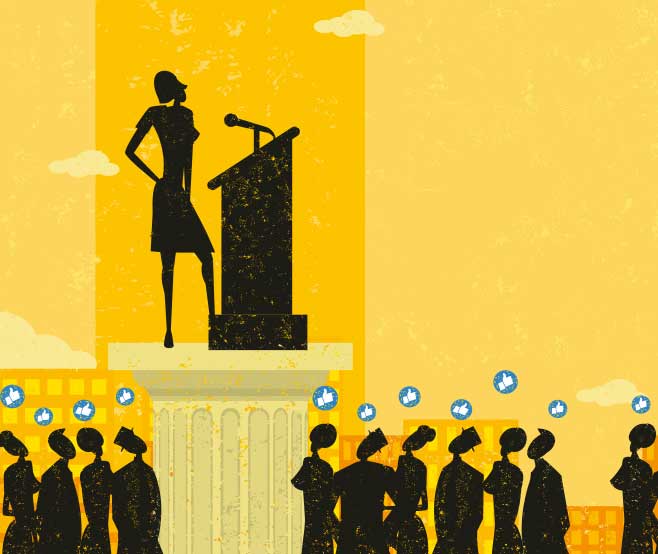