Author Donald Robertson, ponders over the lessons that can be learned from the Stoics.

For the Love of Wisdom

Could love of wisdom be the most important quality of a leader? According to Historia Augusta, the Roman emperor, Marcus Aurelius, would often quote Socrates from Plato’s Republic, saying that “those states prospered where the philosophers were kings or the kings philosophers.” The word ‘philosopher’ (philosophos in Greek) literally means ‘lover of wisdom’, and that’s what the emperor had in mind rather than being merely an academic philosopher.

Alone of the emperors, he gave proof of his learning not by mere words or knowledge of philosophical doctrines but by his blameless character and temperate way of life. His reign thus produced a very large number of intelligent men, for subjects like to imitate the example set by their ruler.

Marcus believed that to govern others well we must lead by example — by becoming capable of governing ourselves — and that doing so requires both wisdom and self-discipline. For that reason, from an exceptionally young age he trained himself in Stoic philosophy. Near the end of his life, he recorded his daily reflections and contemplative exercises in a book known today as The Meditations.

Who Were the Stoics?

The Stoic school was founded in Athens in 301 BC by a Phoenician merchant called Zeno of Citium, after he was shipwrecked nearby. He said the most profitable journey he ever made was, ironically, the one in which he lost his entire fortune at sea. It forced him to reconsider his priorities and led him to philosophy. Stoicism takes its name from a public building in the Athenian agora called the Stoa Poikile or Painted Porch. It was a philosophy of the street, taught in the city centre, open to everyone, and flourishing as a living tradition for nearly five centuries.

Unfortunately, only a tiny fraction of the original Stoic writings survive today., comprising mainly the works of three philosophers from the Roman imperial period: Seneca, Epictetus, and Marcus Aurelius. Seneca was a lawyer who became the rhetoric tutor and speechwriter of the Emperor Nero. Epictetus was a freed slave who became arguably the most famous philosophy teacher in Roman history. Marcus Aurelius was one of the emperors of Rome at the height of its power in the second century AD. We also learn a great deal about Stoicism from the famous Roman orator, Cicero, who was not a Stoic but had studied the philosophy in Athens and wrote about it extensively. Cicero, who has been called the first legal philosopher in history, was the main conduit through which Stoic conceptions of Natural Law came to influence modern jurisprudence and political theory.

The Stoics derived several key ideas from Socrates, the famous Athenian philosopher, who died a century before their school was founded. Socrates had argued that the things people typically assume to be good, such as wealth, beauty, and fame, are neither good nor bad in themselves. Wealth may be good when used wisely by a good person, but in the hands of a vicious tyrant it becomes a bad thing. What really matters, said Socrates, is the way we use such external advantages. The ability to use them well might be viewed as a type of moral or practical wisdom. The wise man, he said, can even use misfortune well, by facing it with a philosophical attitude. The Stoics embraced this idea and concluded that such wisdom, which they equate with virtue or moral excellence, is the only true good, and indeed, the ultimate goal of life. While dealing with treachery, war, and even one of the worst plagues in European history, Marcus Aurelius told himself to remember: “This is not misfortune but to bear it well is good fortune.”

Today, we call this type of philosophy ‘virtue ethics’ because its central focus is on the value of improving one’s own moral character. This ethic has an obvious psychological consequence though: anyone who truly considers wisdom and self-discipline to be more important than the external events that befall them is bound to exhibit more emotional resilience in the face of adversity. Socrates therefore described his philosophical method as a type of psychological therapy, or a medicine for the soul.

Of all the schools of Hellenistic philosophy, it was the Stoics who developed this idea of philosophy as psychotherapy the most. Stoicism is popular today, in part, because it’s the original philosophical inspiration for cognitive-behavioural therapy (CBT), the leading evidence-based form of modern psychotherapy. CBT is also the basis of modern evidence-based training in psychological resilience, which builds skills designed to prevent emotional problems like depression and anxiety occurring in the first place.

The Stoics taught virtue ethics and emotional resilience to the rulers of the ancient world, writing manuals on kingship and statesmanship for them. For example, Zeno’s most famous student, King Antigonus II Gonatas of Macedonia, became an early patron of the Stoic school. Although these books on ancient governance have all been lost, we can safely assume that they would have included much advice of the kind Marcus Aurelius writes to himself in The Meditations. It’s no coincidence, therefore, that modern political and military leaders from Frederick the Great to former U.S. President Bill Clinton and former U.S. Secretary of Defense General James Mattis, among others, have endorsed The Meditations as a guide to life.

Here are three of the key Stoic practices for wise leadership that you’ll find in its pages:

Focus on the Inner Goal of Virtue

As we’ve seen, the goal of life for Stoics is practical wisdom, of the sort that forms the basis of other cardinal virtues such as justice, courage, and self-discipline. We naturally tend to place more importance on external outcomes such as wealth and reputation. However, the Stoics advise us to consider what the most important thing in life is and then focus our attention on working toward that goal. We should ask ourselves, from time to time, whether our actions exhibit wisdom, integrity, and strength of character, or if they’re taking us in the opposite direction.

Focus on Our Sphere of Control

“Some things are up to us and others are not” is the opening sentence of Epictetus’ Stoic Handbook. Modern Stoics call this “The Dichotomy of Control” and it is the aspect of Stoicism most widely referenced in modern self-improvement literature. For instance, entrepreneur and author of the “4-Hour” self-help book series Tim Ferriss views Stoicism as “an operating system for thriving in high-stress environments” for this reason.

At its core, it teaches you how to separate what you can control from what you cannot, and it trains you to focus exclusively on the former.

The most famous Stoic saying of all, is probably “it’s not things that upset us but rather our opinions about them”, also from Epictetus’ Stoic Handbook. This was quoted in many early books on CBT because it neatly encapsulates what we now call the “cognitive theory of emotion”. Our feelings are shaped, to a large extent, by our underlying beliefs, which may be true or false, rational or irrational, and can be changed if we’re open to questioning the evidence for them and exploring alternative perspectives. In other words, our emotions are up to us — not directly, but indirectly — because we can change the beliefs on which they’re based.

Focus on the Bigger Picture

Stoicism also helps us to attain wisdom and emotional resilience in the face of stressful situations, such as change and natural crises like the current pandemic, by viewing things in terms of the bigger picture. This means regarding current events as transient, and not the whole story. Abraham Lincoln used to say to himself “this too shall pass”, in order to achieve a similar effect. It’s a very clever strategy because it allows us to actively accept unpleasant events, rather than merely burying our heads in the sand to avoid confrontation with them. We can learn to accept reality while moderating its impact on our emotions by adopting a philosophical attitude toward misfortune — the key to which is seeing it in terms of the wider context of life as a whole.

For instance, former Mayor of Vancouver, Sam Sullivan, whose disability rights advocacy earned him the Order of Canada in 2005, credits the Stoics for helping him cope with challenges he has faced both in his personal life and in the political arena. In 2008, Mr Sullivan lost the vote to run for a second term as mayor. He put his setback in perspective by reminding himself that it was trivial compared with the misfortunes faced by others throughout history, such as his hero, Socrates. Marcus Aurelius would, likewise, often picture stressful events, such as the Marcomannic War in which he was engaged for many years, as though seen from high above. He would also contemplate the struggles and ambitions of his predecessors, such as Augustus, the founder of the Roman Empire, and how unnecessary many of their anxieties seem in retrospect, long after their demise.

The Value of Stoicism Today

Over the centuries, philosophy became increasingly bookish and retreated into the stuffy “ivory towers” of academia, losing its practical orientation. In contrast, the original Academy, where Plato founded his school of philosophy, was actually a lush public park in Athens. There Socrates once roamed along the sunny paths and chatted with friends in the cool shade of the wrestling school, discussing how philosophy could help them improve their way of life. Soon, I hope that will begin happening again as the Mayor of Athens has recently announced plans to develop the Plato’s Academy Park area. The Plato’s Academy Centre non-profit organisation, of which I am a founder, is also working on a proposal to open an international conference centre there, with workshops on the Socratic Method and philosophy as a way of life.

Stoicism is an ideal philosophy for leaders. From Antigonus to Marcus Aurelius, Stoicism has helped ancient rulers stay resilient in the face of adversity, and remain free from arrogance in the spotlight of success. The wisdom found in Stoicism will continue to help our modern leaders today. 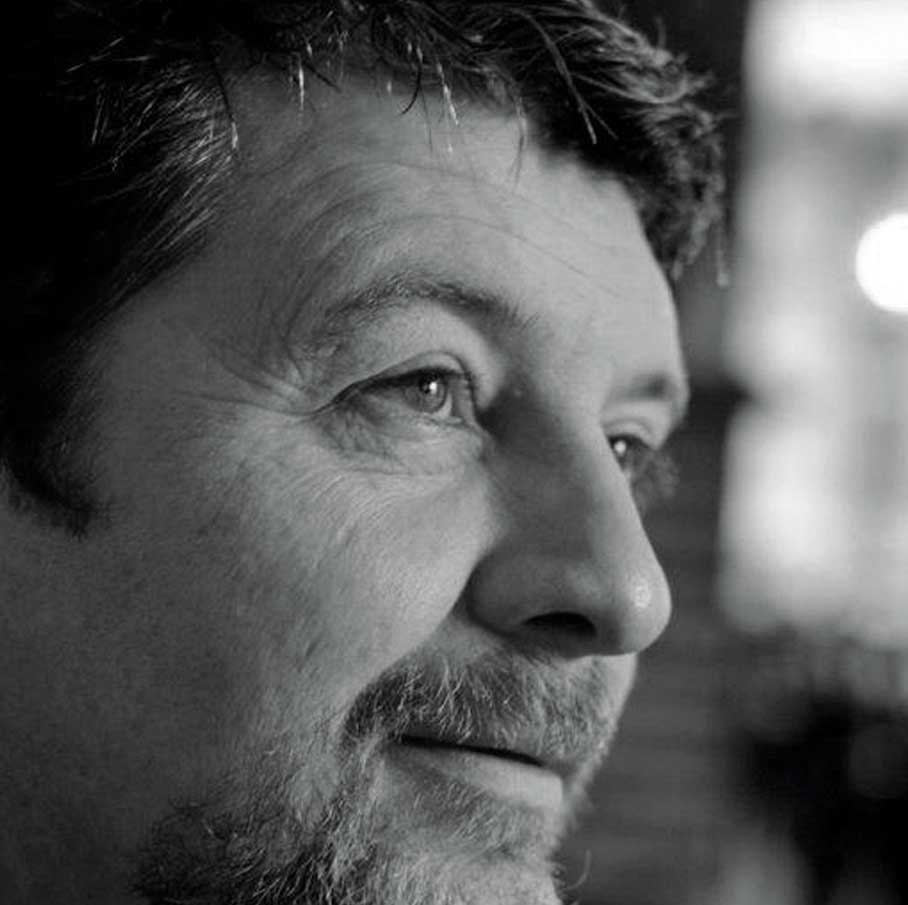 Donald Robertson is a cognitive behavioural psychotherapist and the author of six books on philosophy and psychotherapy, including “How to Think Like a Roman Emperor: The Stoic Philosophy of Marcus Aurelius.” He is one of the founding members of the Modern Stoicism organisation, and a founder and director of The Plato’s Academy Centre. 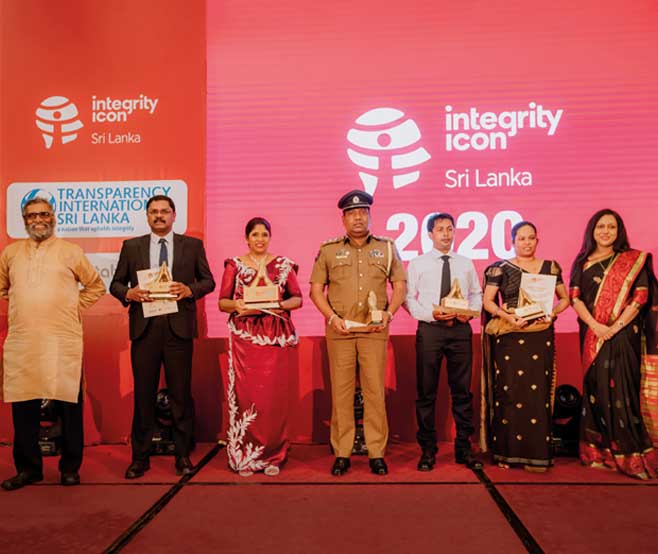 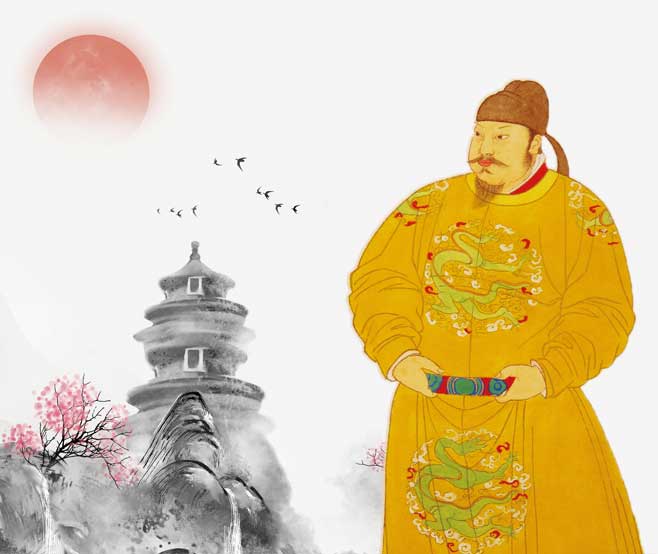 Thank you! Your submission has been received!
Oops! Something went wrong while submitting the form.
Contact Us
Chandler Institute of Governance
18 Cross St, #02-101
Cross Street Exchange
Singapore 048423